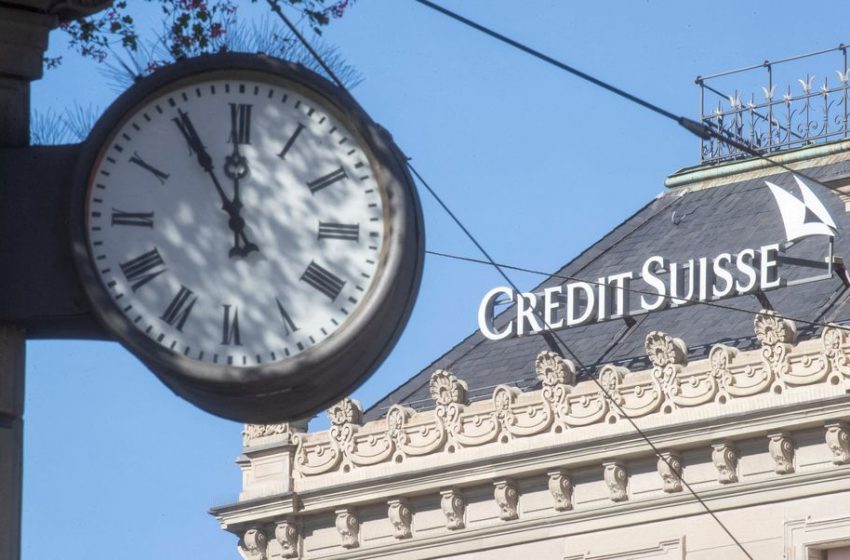 A clock is seen near the logo of Swiss bank Credit Suisse at the Paradeplatz square in Zurich, Switzerland October 5, 2022. REUTERS/Arnd Wiegmann/File Photo

ZURICH, Oct 7 (Reuters) – Credit Suisse will buy back up to 3 billion Swiss francs ($3 billion) of debt, an attempt by the Swiss bank to show its financial muscle and reassure investors concerned about the lender’s overhaul and how much it may cost.

Speculation about the bank’s future gathered pace on social media in the past week amid anticipation it may need to raise billions of francs in fresh capital, sending its stock and some bonds to new lows.

The buyback trims the bank’s debts and is an attempt to bolster confidence. But central questions about its restructuring – and whether or not it will need fresh capital to fund it – remain open.

One of the largest banks in Europe, Credit Suisse is trying to recover from a string of scandals, including losing more than $5 billion from the collapse of investment firm Archegos last year, when it also had to suspend client funds linked to failed financier Greensill.

Seeking to underscore this, the bank said the buyback would “allow us to take advantage of market conditions to repurchase debt at attractive prices”.

Investors took heart. Credit Suisse shares gained as much as 3% in early Friday trading, while the price of its euro-denominated bonds rose.

“It’s an opportunistic move to take advantage of market conditions that might be reassuring to some investors,” said Vontobel analyst Andreas Venditti. “If bought below par, a gain results that will increase capital slightly.”

Earlier this week, in an unusual move, the Swiss National Bank, which oversees the financial stability of systemically important banks in Switzerland, said it was monitoring the situation at Credit Suisse.

Banks are deemed systemically important if their failure would undermine the Swiss economy and financial system.

Credit Suisse’s move is reminiscent of a multibillion-euro debt buyback by Deutsche Bank in 2016, when it faced a similar crisis and doubts over its future.

Zuercher Kantonalbank said the bonds were currently trading at a high discount, which allowed Credit Suisse to cut debt at a low cost. Analyst Christian Schmidiger said the move was also a “signal that Credit Suisse has sufficient liquidity”.

The developments unfolded after sources recently told Reuters that Credit Suisse was sounding out investors for fresh cash, approaching them for the fourth time in around seven years.

Under a restructuring launched by Chairman Axel Lehmann, the bank envisions shrinking its investment bank to focus even more on its flagship wealth management business.

Over the past three quarters alone, losses have added up to nearly 4 billion Swiss francs. Given the uncertainties, the bank’s financing costs have surged.

The bank is due to present its new business strategy on Oct. 27, when it announces third-quarter results.

The bank has also said it is looking to sell its upmarket Savoy Hotel, one of the best-known hotels in Zurich. read more