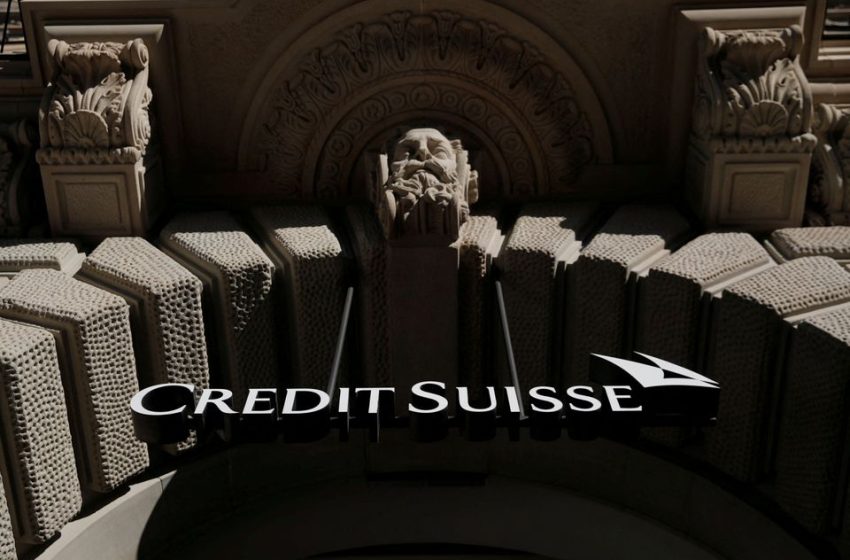 The logo of Swiss bank Credit Suisse is seen at its headquarters at the Paradeplatz square in Zurich, Switzerland October 1, 2019. REUTERS/Arnd Wiegmann

ZURICH, May 17 (Reuters) – Credit Suisse Group AG’s (CSGN.S) credit rating has been downgraded to BBB from BBB+ by Standard & Poors, a blow for the Swiss bank which reported a first quarter loss and is facing increasing shareholder unrest following a string of scandals.

Its outlook was changed to stable from negative, the rating agency said.

Credit Suisse reported a first-quarter loss last month and launched a management overhaul after racking up billions in losses during 2021 from failed investments. read more

Investors voiced their discontent by rejecting the board’s proposal to discharge management from liabilities for the 2020 financial year at the bank’s annual general meeting in April.

The bank has been trying to reform its risk management culture after a series of costly scandals, which have prompted multiple rounds of management shake-ups, abrupt departures, and internal and external investigations.

But S&P said a turnaround from scandals such as the Archegos affair, Greensill and others would not be quick.

Credit Suisse was hit by twin scandals in March 2021, when the implosion of U.S. investment firm Archegos led to a $5.5 billion hit and $10 billion worth of its supply chain finance funds (SCFF) linked to now-insolvent British financier Greensill were shuttered. It is still working to recoup assets for SCFF investors.

“Although the group is actively working on remediation actions, we think a lasting change to the risk culture in such a complex global organization will take time,” the agency said.

“We now think this will be even more difficult in a deteriorating economic and business environment.”

S&P said it saw see management targets to restore profitability as ambitious, particularly in view of the management upheaval and economic uncertainties.

“In our view, the group’s risk-return is likely to remain below that of its key competitors and other highly rated peers, at least over the medium term,” S&P said.

Fitch has kept Credit Suisse at an A- long-term rating with a negative outlook since April 2021.

British bank Barclays (BARC.L) has a BBB long-term rating from Standard & Poor’s with a positive outlook while its ‘A’ rating from Fitch also places it above Credit Suisse.