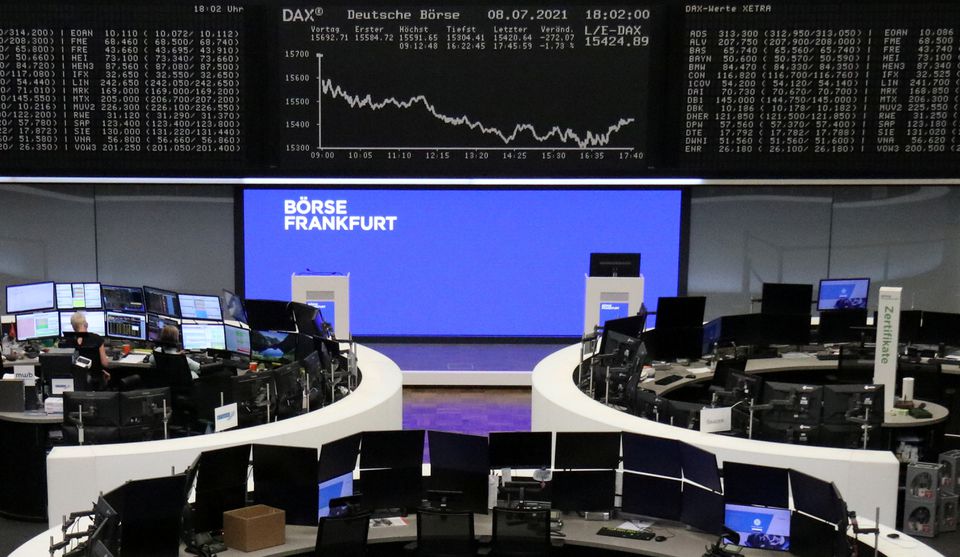 LONDON, July 12 (Reuters) – An upsurge in infections of the Delta coronavirus variant capped equity and commodity gains on Monday and kept bond yields just above multi-month lows, though U.S. tech shares that benefited from COVID-linked lockdowns were tipped to open higher.

Markets are jittery at the start of an eventful week that will see the U.S. second-quarter earnings season kick off, the release of inflation data in several countries, and testimony by Federal Reserve Chair Jerome Powell which will be scrutinised for any talk of tapering. read more

Worries about the global economic outlook — highlighted by the recent bond rally and China’s late-Friday policy easing — were highlighted further as finance ministers from the 20 largest economies warned of risks from fast-spreading virus variants such as Delta read more .

A Reuters tally of new COVID-19 infections shows them rising in 69 countries, with the daily rate at 478,000.

The variant has caused record rises in infections in Australia, where another lockdown looks imminent. South Korea’s capital Seoul is under the toughest anti-COVID curbs so far, while cases continue to rise across Asia and Europe.

U.S. futures reflected similar concerns — industrials-heavy Dow Jones futures were down almost half a percent while S&P 500 futures slid 0.2%. But futures for the Nasdaq — tech-heavy and benefiting from lower yields — rose 0.2%.

“This situation is certainly a concern to the opening up trade,” Deutsche Bank analyst Jim Reid said, highlighting the rising virus caseloads, including in the United States.

MSCI’s all-country equity index (.MIWD00000PUS) was up 0.2%, while Chinese blue chips (.CSI300) rose 1.1%, trading off Friday’s reserve ratio cut which should release the equivalent of $154 billion into the economy. .

Colin Asher, senior economist at Mizuho in London, said the Delta resurgence notwithstanding, for markets with better vaccination rates traders would focus on monetary policy.

“For (developed) markets, it’s clearly a weight but it’s not the main focus,” Asher said, noting for instance that Britain’s full reopening would likely boost consumer demand further and allow the Bank of England to raise interest rates next year.

The Bank of Japan, the Bank of Canada and the Reserve Bank of New Zealand will meet this week, with the latter two expected to signal their path out of ultra-easy monetary policies.

U.S. inflation data due Tuesday will be particularly watched after the recent bond rally which sent U.S. 10-year Treasury yields 15 basis points lower at one point.

While markets have since stabilised, yields are not far off 4-1/2 month lows at 1.35%, pressured at least partly by investors’ rethinking bullish sentiment.

Commodity prices too were subdued, with Brent crude futures slipping 1% while copper also skidded 1% on the London Metal Exchange.

The next question is whether company earnings will support Wall Street’s run higher.

Expectations for a 65% rise from the same 2020 quarter, according to Refinitiv. JPMorgan (JPM.N), Goldman Sachs (GS.N), Bank of America (BAC.N) and other big banks kick off results from Tuesday .

In the euro zone, comments by European Central Bank President Christine Lagarde pressured the euro and regional bond yields after she said the bank would change its guidance on policy at its next meeting and show it is serious about reviving inflation. read more

The euro slipped 0.3% on the day to $1.184 while Germany’s 10-year yield was down 2 basis points to -0.31%, nearing last week’s three-month low at -0.34%.Reporting by Sujata Rao; additional reporting by Wayne Cole in Sydney, editing by Angus MacSwan, William Maclean 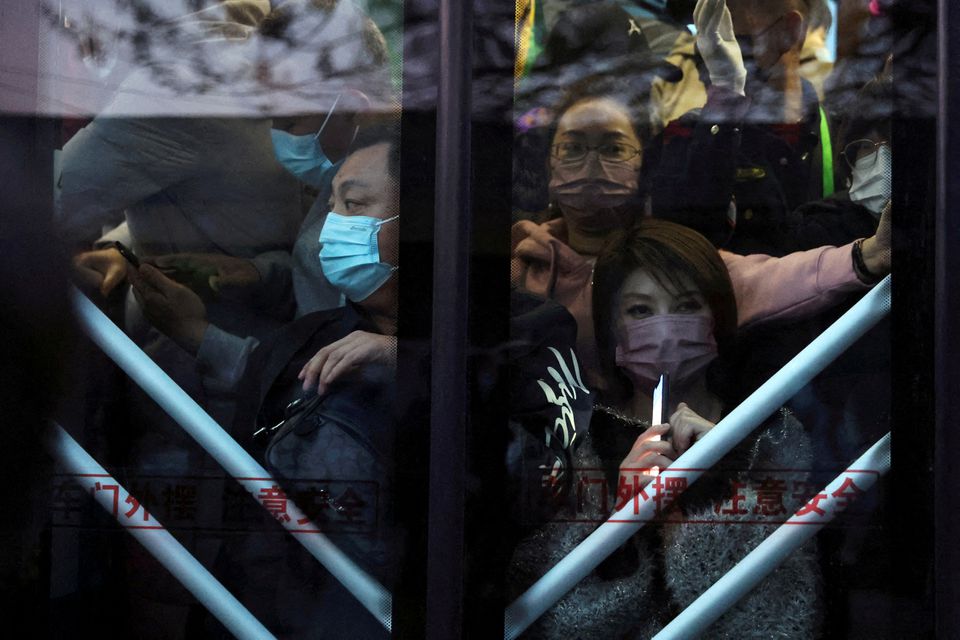