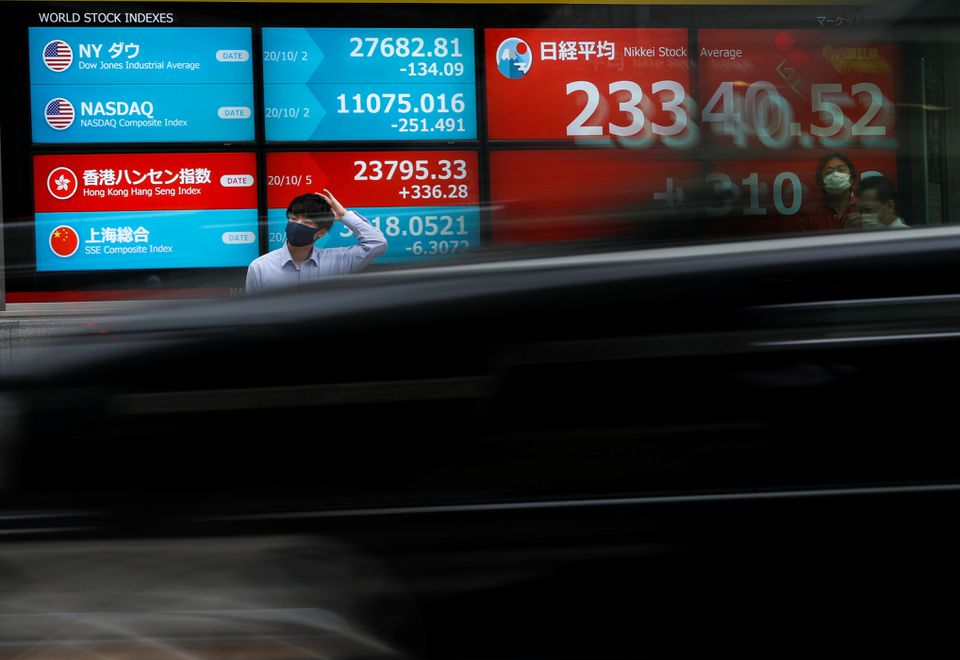 Chinese stocks in tentative bounce, Fed in no hurry to taper

SYDNEY, July 29 (Reuters) – Asian shares managed a semblance of calm on Thursday as the U.S. Federal Reserve signalled it was in no rush to taper stimulus, though the mood was fragile as investors waited to see if Beijing could stem the recent bloodletting in Chinese shares.

There was also some promising news on the long-awaited U.S. infrastructure bill as the Senate voted to move ahead on the $1.2 trillion deal. read more

Yet much depended on how China’s markets fared amid reports regulators had called banks overnight to ease market fears about tighter rules on the education sector. read more

“The message is that profit has not become a dirty word in the Chinese system of ‘Socialism with Chinese characteristics’, only in certain sectors,” said Ray Attrill, head of FX strategy at NAB.

“How successful the messaging by the authorities will be in putting a floor under the broader Chinese stock market remains to be seen.”

MSCI’s broadest index of Asia-Pacific shares outside Japan (.MIAPJ0000PUS) bounced 1.1%, having slid to its lowest since early December on Wednesday. Japan’s Nikkei (.N225) edged up 0.4%, while South Korea (.KS11) was flat.

Markets had see-sawed overnight when the Federal Reserve policy statement said “progress” had been made toward its economic goals, seeming to bring nearer the day when it might start tapering its massive asset buying campaign.

However, Fed Chair Jerome Powell took a dovish turn by emphasising that they were “some ways away” from substantial progress on jobs. read more

“The difference in tone between the statement and press conference may simply reflect Powell being on the dovish side of the Committee,” said JPMorgan economist Michael Feroli.

“In any event, there are three more job reports before the November meeting, and two more between the November and December meetings,” he added. “We continue to expect a December announcement, though we see a risk it could occur in November.”

The next Fed meeting is not until late September, offering the market a break from tapering talk.

The pattern was the same for the dollar, which edged up on the FOMC statement only to flag on Powell’s remarks.

In commodity markets, gold remained sidelined at $1,808 an ounce having now spent 17 sessions in a $30 range.