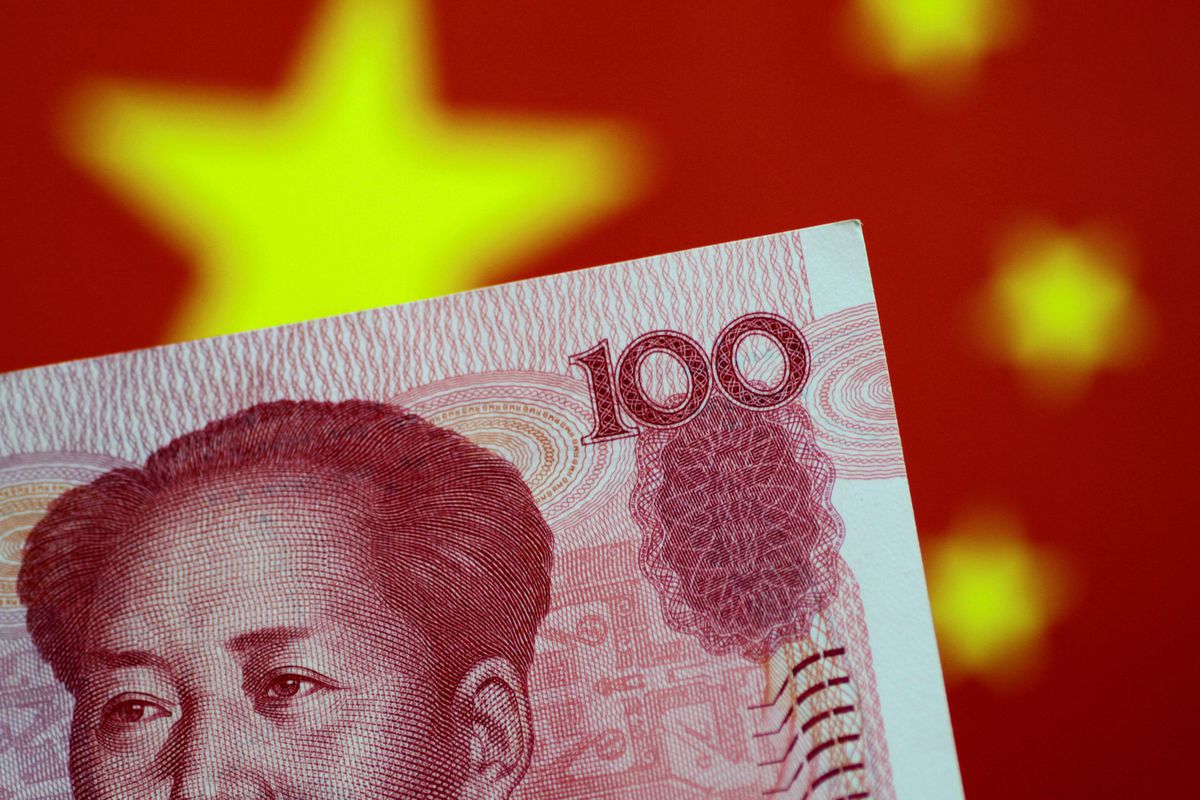 A China yuan note is seen in this illustration photo May 31, 2017. REUTERS/Thomas White/Illustration

The verbal support for markets comes as brutal sell-offs in Chinese shares have prompted worries about a spillover effect to other asset classes, including bonds and foreign exchange. read more

“In general, investment institutions generally believe that the current market correction is still a short-term event shock, rather than a reversal caused by changes in fundamentals,” the China Securities Journal said in a front-page commentary.

“The broad investment trend in favor of yuan-denominated assets will not be reversed.”

It added “speaking from fundamental perspective, China’s economy remained steadily improving and on a positive trend, while earnings expectations of listed companies have improved substantially.”

Regulatory moves aimed at the education, property and technology sectors sparked heavy selling earlier this week in Chinese markets, and have left global investors bruised and uncertain over the outlook for investment in Chinese firms. read more

A separate front-page commentary published on the Economic Daily, which is run by China’s State Council, also said on Thursday that the recent correction in the stock market was mostly driven by sentiment.

China’s “capital market has the basis and capability for steady and healthy development,” it said.