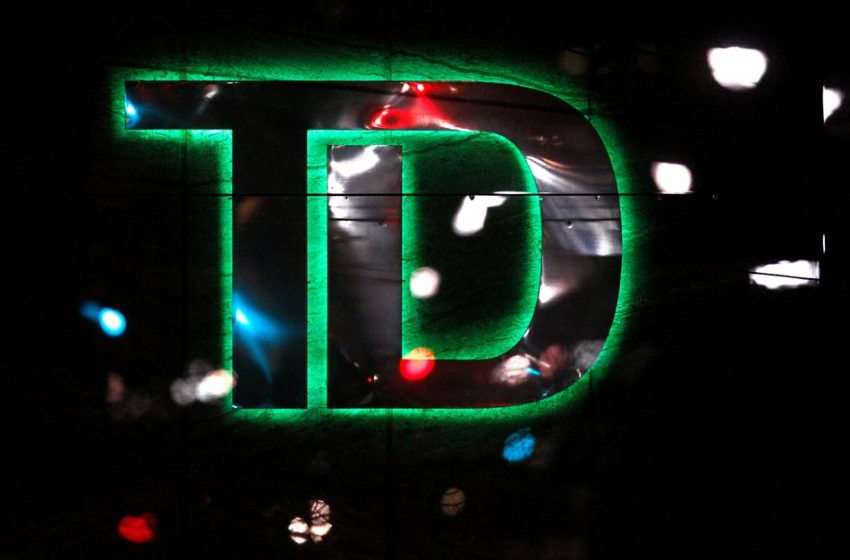 A logo of Toronto Dominion Bank (TD) is seen at a branch location in Toronto, March 6, 2014. REUTERS/Aaron Harris/File Photo

TORONTO, Aug 25 (Reuters) – Toronto-Dominion Bank (TD.TO) and Canadian Imperial Bank of Commerce (CM.TO) posted better-than-expected third-quarter profits on Thursday, with the former driven by lower provisions for credit losses (PCL) than anticipated, and the latter’s due to better revenues than predicted.

At CIBC, the country’s fifth-biggest bank, adjusted net income fell to C$1.85 per share from C$1.96 per share a year earlier. Analysts had estimated C$1.83.

Canadian banks have seen strong loan growth and margin expansion in the third quarter, but that has been countered to some degree by higher provisions for credit losses to protect against souring economic conditions and lower capital markets revenues amid market turmoil and a dearth of deals.

Both TD and CIBC posted strong year-on-year growth in adjusted revenue – 8% at TD and 10% at CIBC – but expenses also rose by similar magnitudes at both.

Strong revenue growth in CIBC’s commercial and wealth management, thanks to a 21% jump in business loans, boosted earnings. But high expenses weighed on adjusted profit in its Canadian retail banking business despite strong loan growth.

CIBC’s capital markets business, however, reported lower earnings, despite strong growth in trading income, as expenses increased at more than double the pace of revenues.

TD, which is in the process of completing its C$13.4 billion acquisition of First Horizon Corp (FHN.N) in the United States, reiterated that it expects the deal to close in the first quarter of its fiscal 2023, subject to regulatory approvals. read more

TD has said the deal will be terminated if it does not close by Feb. 27, 2023, unless otherwise extended.