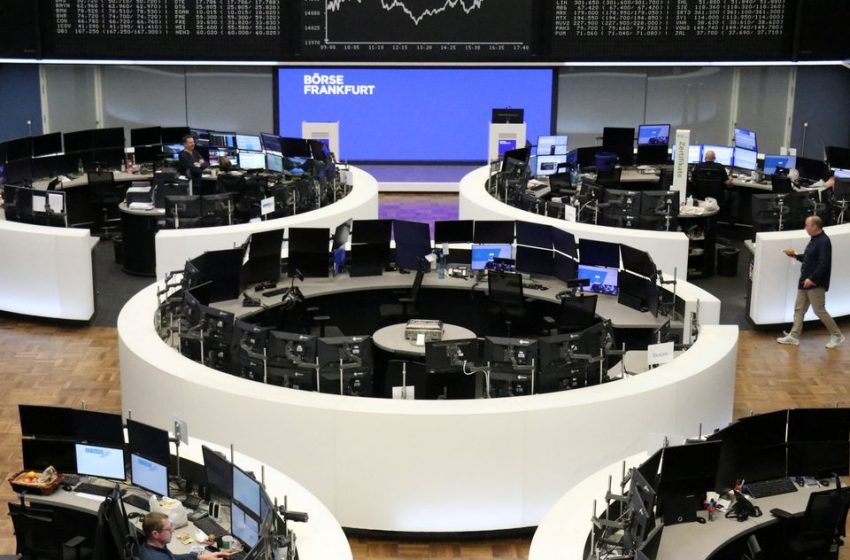 COPENHAGEN, May 2 (Reuters) – European stocks suddenly fell on Monday before partly recovering in what brokers described as a “flash crash” or an erroneous trade on a day where a holiday thinned trading activity.

The Stockholm benchmark stock index (.OMXS30) was amongst the hardest hit and after falling by 8% at one point it later pared most of the losses to trade down 1.2% at 0942 GMT. Other indices also sank, including in countries from Denmark and Norway, to Germany, Italy and France, but later recovered.

The sudden move sent the pan-European STOXX 600 (.STOXX) equity benchmark extending its fall by over 2 percentage points in a matter of around two minutes from around 0758 GMT, although the closure of London for holiday reduced volumes.

A gauge of euro zone stocks’ (.V2TX) volatility also saw a sudden spike to hit its highest since mid-March, at 35.99.

“It was weird in those minutes there,” Martin Munk, vice president of equity sales at Jyske Bank, said, adding that many worried clients had called in asking what was happening.

“It’s starting to smell of something more technical, it may have been triggered by a erroneous trade, a technical malfunction. It doesn’t look like it was triggered by an event out in the world, because that news would have hit us by now,” he added.

Brokers Nordnet said the sudden move was a “flash crash” that caused a brief market panic, while traders in Frankfurt and London said the outsized move might have been caused by algos going haywire or a big “fat finger” trade.

A Euronext Oslo spokesperson said there was no news in the market that could explain the rapid decline.

“We are looking into this as a matter of routine, there was no news in the market that could explain such a large move,” Euronext Oslo spokesperson Cathrine Segerlund said.

Nasdaq said it continuously investigates price movements on its market place, and was in a dialogue with market participants over Monday’s volatility.

“We currently see nothing to indicate errors in Nasdaq’s own systems,” a spokesperson for the exchange said in en e-mail.