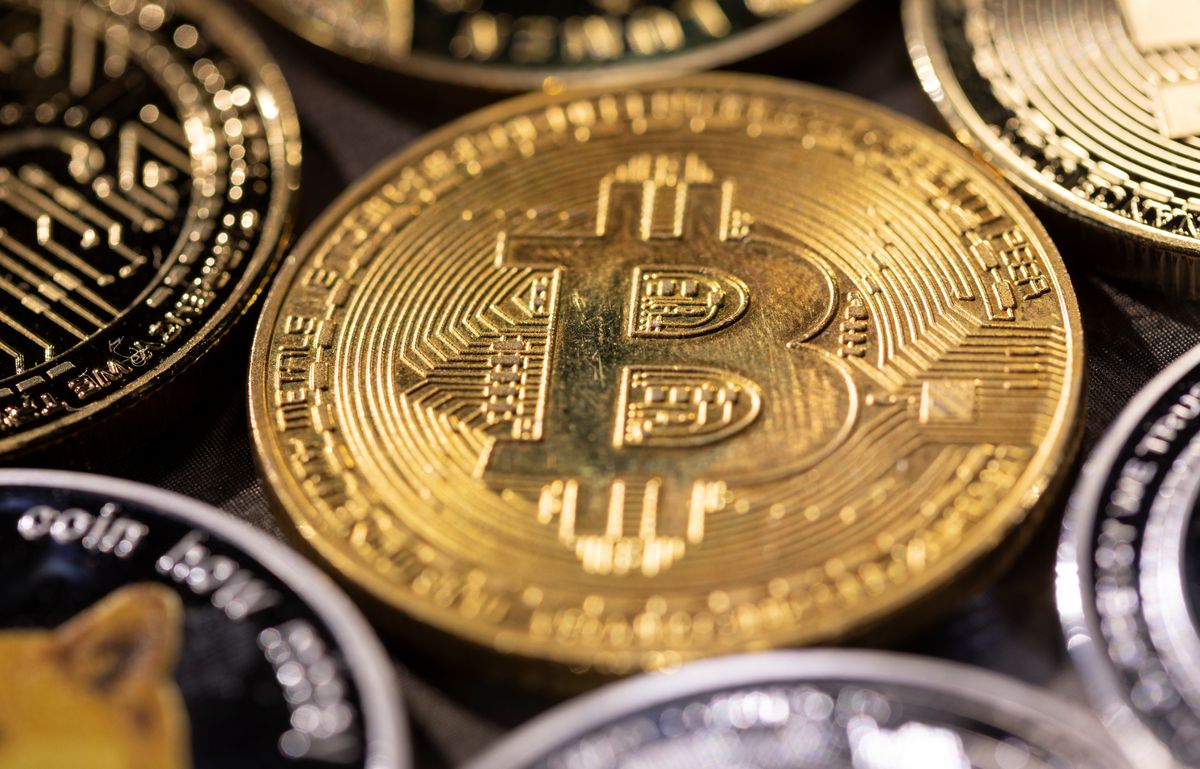 Representation of cryptocurrency bitcoin is seen in this illustration taken November 29, 2021. REUTERS/Dado Ruvic/Illustration

Bitcoin below $50,000, at early October levels, after weekend’s battering

HONG KONG, Dec 6 – Bitcoin hovered around $49,000 on Monday, down 1.5% on the day, as traders nursed losses after a brutal weekend in which the price of the world’s largest digital asset at one point lost over one fifth of its value.

The rout sent bitcoin’s price and the amount invested in bitcoin futures back to where they were in early October, before the massive price surge that sent the token to its all time high of $69,000 on Nov. 10.

Crypto data platform Coinglass showed open interest – the total number of futures contracts held by market participants at the end of the trading day – across all exchanges was last at $16.5 billion compared with $23.5 billion on Thursday, and as much as $27 billion on Nov 10.

Traders said the weekend fall was connected with the broad move away from riskier assets in traditional markets over worries about the omicron variant of the new coronavirus, combined with lower trading liquidity.

As prices fell further, investors who had bought bitcoin on margin saw exchanges close their positions, causing a cascade of selling. A range of retail-focused exchanges closed more than $2 billion of long bitcoin positions on Saturday, according to Coinglass.

Some exchanges allow traders to place bets 20 times or more the size of their investment, meaning a small move in the wrong direction can cause exchanges to liquidate clients’ positions when their initial investment is gone.

Bitcoin rival ether , the world’s second-largest cryptocurrency, which underpins the ethereum network, was also hit on Saturday, but less hard.