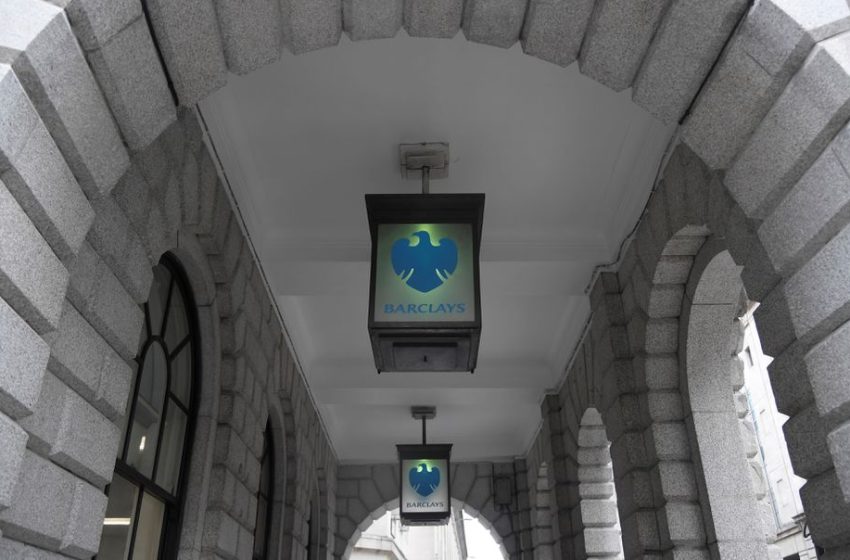 The logo of Barclays bank is seen on glass lamps outside of a branch of the bank in the City of London financial district in London September 4, 2017. REUTERS/Toby Melville

The British lender on Wednesday reported a pretax profit of 8.4 billion pounds ($11.42 billion), above analyst expectations and nearly tripled from 3.1 billion pounds a year ago. The bank’s shares rose 4% in early trading

It follows a run of vastly improved results for British lenders, after HSBC (HSBA.L) reported it had more than doubled its annual profits on Tuesday. read more

Barclays said it would buy back 1 billion pounds of its own shares and pay out a full-year dividend of 4 pence per share, resulting in a total payout for the year of 2.5 billion pounds when added to earlier payouts.

In his first update to investors since taking over as chief executive following the shock exit of Jes Staley in November, C.S. Venkatakrishnan said he would continue his predecessor’s focus on expanding the investment bank.

Staley left after a dispute with British financial regulators over how he described his ties with convicted sex offender Jeffrey Epstein. read more

Barclays said in its annual report it had suspended all Staley’s bonus payments pending the outcome of his dispute with regulators – which it said amounted to nearly 70% of his variable pay since he joined the bank in 2015 – including a long term award that would otherwise have been paid out this year.

Venkatakrishnan, who is known inside the bank as Venkat and like Staley is a former employee of JPMorgan (JPM.N), indicated after his appointment as CEO that the lender’s investment banking-focused strategy is “the right one”.

Barclays said its investment bank delivered its strongest ever profit of 5.8 billion pounds, thanks to a 34% increase in fees from advising on deals such as mergers and fundraising, offsetting a 16% decline in markets income.

Venkat said his other two priorities would be digitisation projects such as a ‘buy now, pay later’ consumer finance offering with Amazon in Britain and Germany; and focusing on the transition to a low carbon economy.

Despite the improved performance, the lender warned that soaring inflation in its markets would impact its finances.

Barclays said its adjusted costs would be more than 12 billion pounds this year, partly as a result of higher pay for its bankers. The lender’s bonus pool for 2021 increased 23% to 1.9 billion pounds.

However, the improved economic outlook meant it could release 700 million pounds of cash set aside for bad loans, boosting its profits.

The bank confirmed that its long-standing chief financial officer Tushar Morzaria will retire from the lender, with his deputy Anna Cross set to take over from April. Cross is the first woman to take up one of the top three roles at the bank.