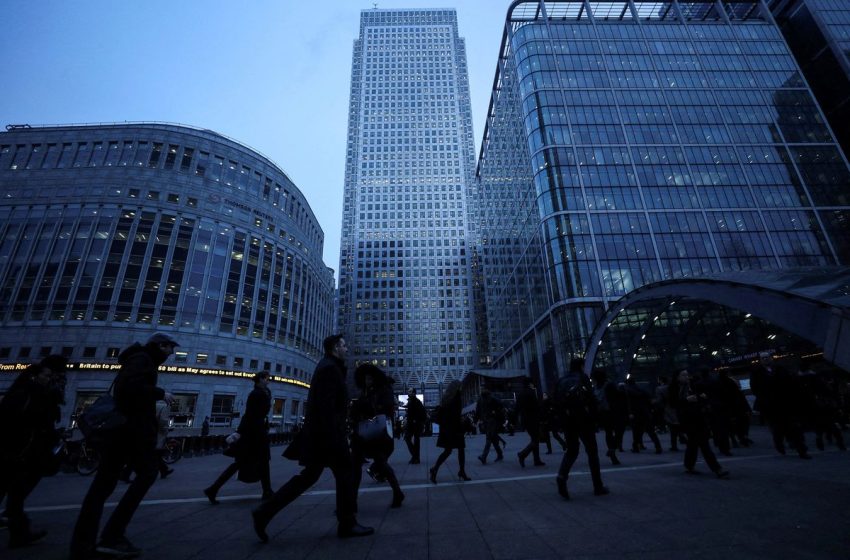 Workers walk to work during the morning rush hour in the financial district of Canary Wharf in London, Britain, January 26, 2017. REUTERS/Eddie Keogh

LONDON, Feb 3 (Reuters) – The price of bond market data has risen by half over the past five years, which could prompt some users to quit the market and damage liquidity, industry body AFME said on Thursday.

Big banks and asset managers already say that data on share trades is too expensive — a complaint rejected by exchanges — and the Association for Financial Markets in Europe (AFME) is now also targeting fixed income data costs.

The European Union, keen to deepen its capital market after the departure of Britain from the bloc, has proposed a “consolidated tape” which collates and gives access to real time bond and stock trades to increase liquidity and transparency.

Britain has also floated a bond tape plan, but a tape itself will not solve the fundamental issues of data costs, AFME Chief Executive Adam Farkas said in a statement.

“If left unaddressed, some market participants might be forced to scale back their data purchases to a minimum. In some cases, it could also lead to strategic decisions to withdraw from certain markets,” Farkas said.

The AFME commissioned a report from Expand Research on data prices in fixed income, using information from 10 big market makers, all AFME members, and other sources.

Costs have risen regardless of the number of market users and is driven by prike hikes and changes to charging structures, the report said.

The cost of fixed income data, used by market participants to find the best deals across the market for customers, has gone up faster than for equities data, it said.