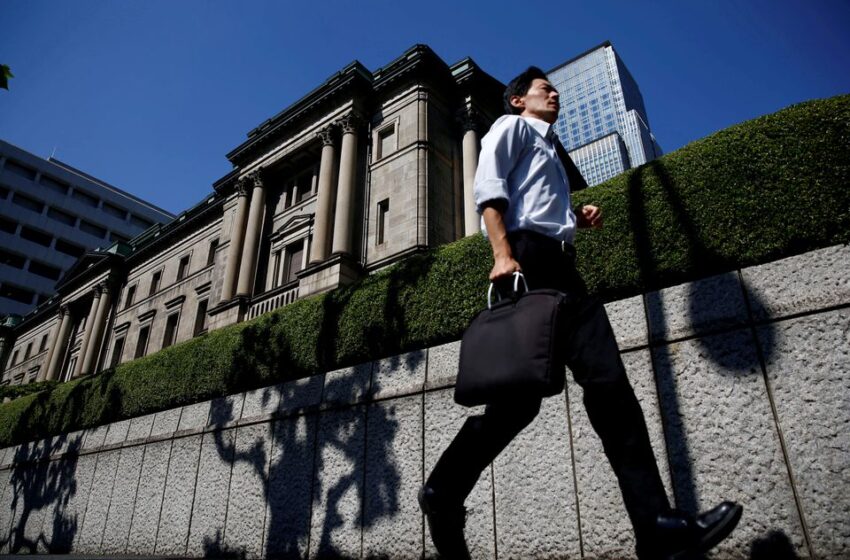 Dec 20 (Reuters) – The Bank of Japan has slightly loosened the shackles on its 10-year yield target and said it will review the operation of its yield-curve control policy, surprising financial markets and sending the yen sharply higher.

Here are some comments from experts:

“It came as a surprise, but if the decision was delayed into next year, (the BOJ) might not be able to make such a move as the economy is set to worsen.

“The BOJ will keep on monitoring markets when making further moves as needed. But it is unlikely to shift policy automatically just because Governor Haruhiko Kuroda is replaced with someone else in April.”

“Today’s move reflects the BOJ’s determination not to alter its yield curve control policy. But the BOJ failed to communicate with markets, as it made no efforts to lay the ground or allow markets to factor in such a move. It came all of sudden so market players must be angry about the decision.

“The BOJ must have been forced into action because the bond market functionality is almost dead.

“The way the BOJ moved abruptly without communication with markets makes BOJ’s course of action unpredictable, making it almost impossible to read its mind. Whoever becomes next BOJ Governor must strive to make monetary policy more transparent and predictable.”

“This signals the beginning of the slow unwind of ultra-low interest rates in Japan.

“The change in YCC range will help reduce the bond market from being artificially held up by central bank bond purchases, and improve secondary trading liquidity.”

“As investors further assess the implications…the market may stay volatile for the coming weeks.”

“It was a surprise to most market participants including ourselves. There is a risk that yen might appreciate further because (it is) just before holidays in overseas markets, so there could be further unwinding in yen short position.”

“This is one of the earliest steps that the BOJ has decided to take, but I don’t think (it) will declare the end of YCC or negative interest rate policy anytime soon.”

“Since the BOJ is unlikely to be able to continue with its existing policy…it’ll be expected there will be another policy change.

“But rather than suddenly abandoning negative interest rates or yield-curve control, it’s more likely that the target maturity under the yield-curve control policy will be shortened, for example to seven years from 10 years currently.

“Once there’s a new governor, there’ll be considerations again. Timing-wise it’s likely they’ll first be looking to see how sustainable the current economic recovery is.”

“Once we go into next year, the United States and Europe will be entering a recession. There’s a really high probability of that. So there’ll definitely be talk ahead about what to do regarding additional monetary easing.

“So long-term rates can be lowered if they are kept as high as possible…if anything, (the risk) is growing that there will be an economic downturn next year, so I think it’ll be significant in terms if preparation for when additional easing is requested.”

“It was a surprise decision at a time when the market had expected a lame-duck situation near the end of Governor Kuroda’s term…it was a nice move, including the fact that it came against the economists’ expectations. The current policy framework would have mandated an endless bond-buying if everyone expects (a shift). Kudos to the BOJ for the surprise.

“It could have been the last chance for the BOJ to move, amid incoming U.S. recession and the end of the Fed’s rate hikes. If later, it would have caused a much bigger risk of sharp yen strengthening and other market fluctuations.”

“They have these two bazookas left – removing the YCC and bringing interest rates up, even possibly to positive territory. There are huge bazookas that would move the yen strongly.

“Maybe this is a baby step to test out the strategy and see what the market reaction is, and how much it’s reacting.

“I think we’re seeing the first toe in the water.”

“The move came earlier than I had expected, but is a step towards the normalisation process of policy in Japan. However, it is only a first step and yield-curve control (YCC) remains in place, as does negative rate strategy.

“Further adjustments would require the view that inflation has become persistent and that YCC was perhaps no longer necessary, or that the negative impacts of YCC are outweighing the supportive ones as inflation rises. The market implications are most prevalent in the forex markets … the hint that the BOJ is moving incrementally away from ultra-loose policy should be yen positive in the near term.”

“I think the move was certainly unexpected, to say the least. And dollar/yen just sold off sharply on the back of the YCC revision, and I think that does pave the way for a full abandonment of the YCC programme, and probably a pivot from the ultra-dovish monetary policy stance in the future.”

“Because it would have been hard to tweak the scheme after the market completely prices it in, the decision was a reasonable one – the BOJ could not keep letting the market expect (the change).

“Regardless of the leadership, whether Kuroda or a new governor, the tweak was expected to some extent given the changing fundamentals, where the price inflation and yield expectations were actually rising.

“We do not expect further tweaks to the YCC (in January and March meetings) because that would harm the market functions.”

“They’ve widened the band, and I guess that came earlier than expected. It raises questions as to whether this is a precursor of more to come, in terms of policy normalisation.

“The writing’s on the wall that perhaps the sharp yen weakness that we’ve seen previously was uncomfortable for policymakers … it’s clear that it adds to the yen strength story next year.”

“The timing of the policy tweak is a surprise, though we have been expecting the move to come in 2Q 2023.

“The tweak may seem modest but is significant for a central bank that has held dovish for a long time. The implication is modest improvement from wide UST-JGB yield differentials … and a moderate-to-softer USD profile can lead to further downside in USDJPY.”

Reporting by Rae Wee, Ankur Banerjee and Tom Westbrook in Singapore, Scott Murdoch in Sydney and Daniel Leussink and Kantaro Komiya in Tokyo; Editing by Jacqueline Wong and Himani Sarkar