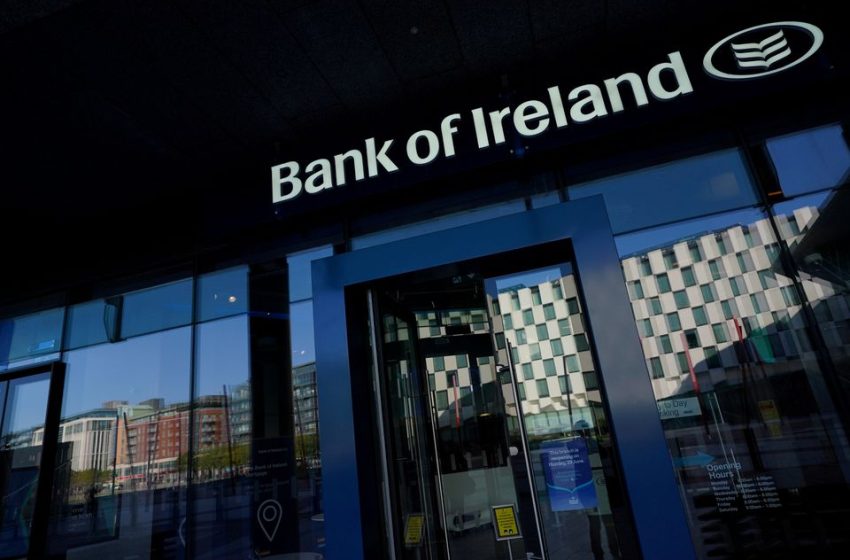 General view of a branch of the Bank of Ireland with the reflection of Grand Canal Square in the Docklands visible in its windows amid the coronavirus disease (COVID-19) pandemic in Dublin, Ireland, October 14, 2020. REUTERS/Clodagh Kilcoyne/File Photo

Bank of Ireland posts highest profit in more than a decade

DUBLIN, Feb 28 (Reuters) – Bank of Ireland (BIRG.I) on Monday posted its biggest annual profit since the global financial crisis more than a decade ago and said it plans to return of 104 million euros ($116 million) to shareholders through dividends and buybacks.

Ireland’s largest lender by assets swung to an underlying full-year pretax profit of 1.37 billion euros from a 374 million euro loss in 2020 when it set aside 1.1 billion euros to cover possible loan defaults owing to COVID-19 disruption.

Finance chief Myles O’Grady told Reuters a 12% rise in income year on yeare and a 4% drop in costs was a strong endorsement of its strategy to cut costs to 1.5 billion euros by the end of next year and deliver a sustainable return on tangible equity (ROTE) above 10%.

Its ROTE was 12.8% last year, which the bank said reflected a strong business performance and the impairment writebacks.

O’Grady said he expects the European Central Bank (ECB) to increase interest rates over the course of 2022. In an updated estimate, Bank of Ireland said a 100 basis point rise would boost annual net interest income by 274 million euros.

The bank said the outlook for 2022 is positive, with total income expected to be in line with 2021 and impairment charges to be below normalised levels while costs continue to fall and distributions increase.

Bank of Ireland is also in the process of buying most of KBC’s (KBC.BR) performing Irish assets as the Belgian group leaves the shrinking Irish market. O’Grady said there was no indication yet that competition authorities would set any conditions to approve the deal.