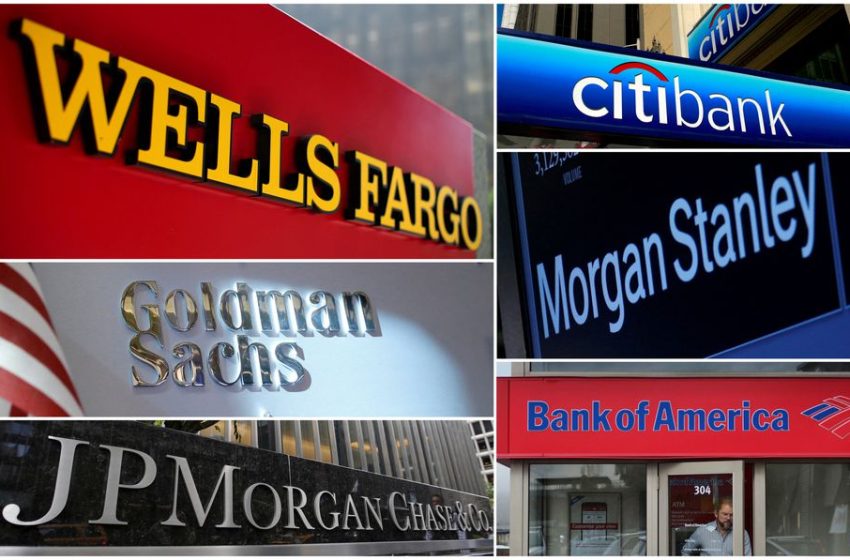 NEW YORK, July 19 (Reuters) – Americans’ financial health held up well in the second quarter even as inflation sent gas and grocery bills higher and ate into savings for the first time since the pandemic, U.S. bank executives said.

Second quarter spending and deposit data from the country’s largest lenders including JPMorgan Chase & Co (JPM.N), Bank of America Corp. (BAC.N) and Wells Fargo & Co (WFC.N) has shed new light on the health of U.S. consumers – a key indicator that offers clues on the likelihood of an economic recession.

Still, bank executives across the board said consumers – who were mostly able to boost savings during the coronavirus pandemic – were financially healthy, as evidenced by strong spending and few signs of credit deterioration.

Overall, Bank of America customers spent $1.1 trillion from April through June, making it a record spending period for the bank, said Chief Executive Officer Brian Moynihan on Monday, adding consumers are “quite resilient.”

Citigroup CEO Jane Fraser said little in the data suggested the country was on the verge of a recession.

“It’s just an unusual situation to be entering into this choppy environment when you have a consumer with strong health,” said Fraser.

While data this month showed the U.S. economy added more jobs than expected in June, it could still be on the verge of a recession after gross domestic product contracted in the first quarter. read more

Executives said growth in consumer spending will likely slow in the second half of the year as inflation, as high interest rates and economic fears weigh on consumer confidence. They also noted the impact of inflation could be seen in the data. read more

“We see the impact of inflation and higher non-discretionary spend across income segments,” said JPMorgan’s Chief Financial Officer Jeremy Barnum. “The average consumer is spending 35% more year-on-year on gas and approximately 6% more on recurring bills and other non-discretionary categories.”

Wells Fargo said spending on discretionary categories like apparel and home improvement was down in double-digit figures. Overall credit card spending, while up 28% from a year ago, started to slow in May and June, the bank’s CEO Charles Scharf said.

For now though, credit quality is still strong. Consumers for the most part continue to have more cash in their accounts and are still paying down credit card balances every month at a greater rate than before the pandemic, executives said.

Moynihan, for example, said he saw “no deterioration” in customers’ credit worthiness and indeed saw quite the opposite: its average customer FICO credit score for card loans was 771 in the second quarter, well above the threshold at which borrowers are considered a safe bet.

However, with shifting spending habits, inflation and the end of COVID-19 pandemic federal assistance, some consumers are starting to see savings shrink, executives said.

By and large, spending is growing faster than incomes, and cash buffers, while still above pre-pandemic levels, are falling, Barnum said.

When pressed by analysts on early warning signs of trouble, Barnum said loan delinquencies among low-income customers were also beginning to rise, while staying below pre-pandemic levels.

“But I think there’s really still a big question about whether that’s simply normalization or whether it’s actually an early warning sign of deterioration,” said Barnum.