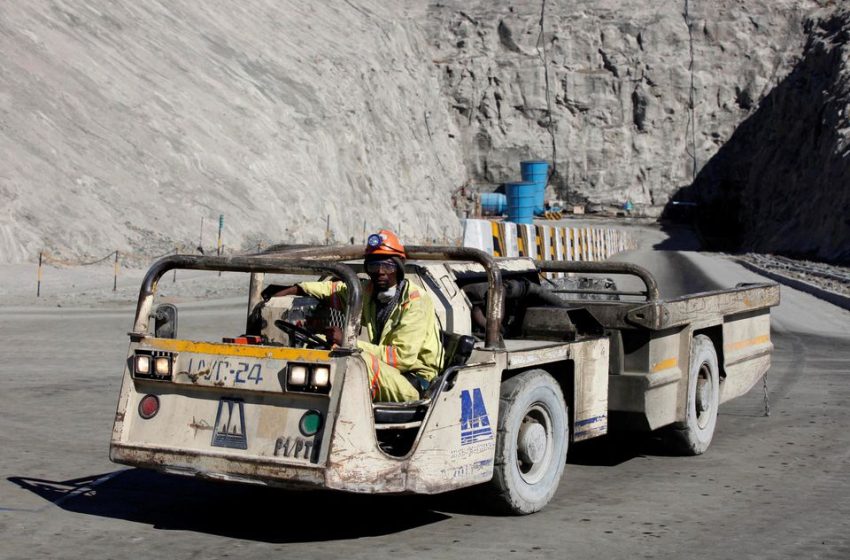 A worker drives a vehicle at Zimplats' Ngwarati Mine in Mhondoro-Ngezi May 30, 2014. REUTERS/Philimon Bulawayo/File Photo

Prices of palladium, coal and other commodities have skyrocketed since Russia’s Feb. 24 invasion of Ukraine, while sanctions on Moscow drive Western consumers to replace Russian supply.

Palladium, used by automakers in engine exhausts to reduce emissions, hit a record high on Monday before easing back. Russia accounts for 25-30% of the world’s palladium supply.

South Africa’s Sibanye-Stillwater , the world’s largest primary producer of platinum, said some clients have asked about its ability to produce more platinum group metals (PGMs) but that it has very little flexibility to increase production in “any material way” in the short to medium term.

“Accelerating projects is possible but … this is not a quick fix and will generally still take months or even years before the benefits are apparent,” Sibanye said in responses to Reuters’ questions.

The auto industry is expected to account for 42% of overall demand for platinum this year, up from 37% in 2021, the World Platinum Investment Council forecast on Wednesday.

Platinum prices have also risen due to uncertainty over Russian supplies, but more mutedly as platinum is forecast to remain in oversupply this year. read more

While miners are benefiting from the rise in metal prices, Sibanye’s Froneman cautioned that supply chain disruptions could have a destructive impact on demand further down the line.

Companies in Europe, which relies on Russia for 70% of its coal supplies, are also turning to Australian miners for supply of the fuel.

“Due to the conflict, we are fielding requests from Europe for security of met coal supply,” said Gerhard Ziems, group chief financial officer of Coronado, one of the world’s largest producers of metallurgical coal, used in steelmaking.

Coronado will boost output to about 18-19 million tonnes (Mt) in 2022 from 17.4Mt last year, he said. Ziems estimated the Russia exports about 45 million metric tonnes of met coal per year.

“In circumstances where the international community is shunning Russian coal, supply shortfalls need to be sourced from elsewhere which includes established markets such as Australia and the U.S. in which Coronado operate,” he said.

Australia’s top independent producers, Whitehaven Coal and New Hope Group (NHC.AX), said they have been approached to supply countries, including Poland, which have traditionally relied on Russian coal, and the latter said it was looking at ways to supply the European market.

“We have a mix of contracted and spot sales which allows us to take advantage of tactical opportunities in the market,” a Whitehaven spokeswoman told Reuters.

The Australian government said last week that it would help its coal-importing Western allies to find alternatives to Russia for supplies by connecting them with local producers. read more

Glyn Lawcock, head of mining research at Barrenjoey, said while the idea appeared simple, the execution was not, as Australian miners were already flat out.

“It’s not like people have volumes sitting there to give out. Ukraine/Russia produces high grade pellets for markets… there is no one sitting on surplus material,” Lawcock said.

In a sign of how tight the market is, coal prices for loading at Newcastle – the world’s biggest coal port on Australia’s east coast – rocketed to a record $440 a tonne last Wednesday, a five-fold jump from a year ago.

Australian Resources Minister Keith Pitt said this was an opportunity for Australian miners, and called for expansion of coal mines in the country, as these could help desperate European nations wean themselves off Russian coal.

Reporting by Helen Reid and Praveen Menon; Additional reporting by Nelson Banya in Harare and Clara Denina in London; Editing by Alex Richardson