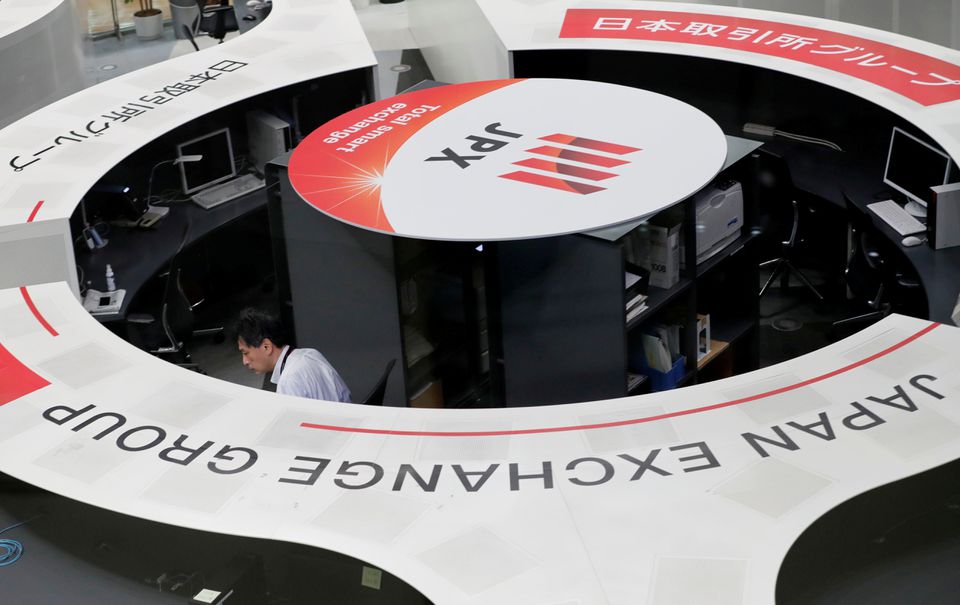 But U.S. bond yields and the dollar were lower in Asian trade after jumping a day earlier on the inflation data.

The U.S. consumer price index jumped 0.9% in June, the Labor Department said on Tuesday. That was above market expectations and the largest gain since June 2008. read more

“Against the background of higher, longer U.S. inflation, a taper coming earlier seems to be the likely direction of travel as far as policy goes,” said Rob Carnell, ING’s Asia-Pacfic head of research.

“The only thing that comes across as a slight salve in all of this is that no one seems to be expecting much in terms of Fed rates. So we might be getting sooner, but we’re not getting very much.”

The Reserve Bank of New Zealand (RBNZ) on Wednesday became the latest central bank to plot an end to pandemic-era policy, as it surprised markets by announcing it would end its bond purchase progamme from next week, sending the Kiwi dollar sharply higher. read more

Australian shares (.AXJO) were 0.34% higher on a boost from miners and energy firms.

Investors are keeping a close eye on the semi-annual testimony of Fed Chair Jerome Powell to Congress on Wednesday and Thursday for more clues on whether the Fed will take more aggressive steps to halt rising inflation. Powell’s testimony comes as the Biden administration continues to push for fiscal stimulus to boost the U.S. economy.

Democrats on the U.S. Senate Budget Committee late on Tuesday reached an agreement on a $3.5 trillion infrastructure investment plan that they aim to include in a budget resolution to be debated later this summer. read more

Meanwhile in Asia, China is due to release second-quarter economic growth data on Thursday even as its central bank is set to cut banks’ reserve requirements to help bolster an unbalanced economic recovery.

China’s premier said on Tuesday that the country will keep its economic operations within a reasonable range over the next 18 months and take “comprehensive measures” to ease rising commodity prices.

A $24 billion auction of 30-year Treasury bonds reflected investor jitters as they were sold to yield 2.00%, more than two basis points above where the debt had traded before the auction.

Bond yields pulled back on Wednesday after jumping across the curve a day earlier.

In the currency market, the safe-haven yen strengthened, with the dollar dropping 0.13% against the Japanese unit to 110.47 . The euro rose 0.08% to $1.1783after the greenback earlier touched a three-month high against the single currency.

The dollar index , which tracks the greenback against a basket of currencies of other major trading partners, nudged down to 92.747 after earlier rising as high as 92.832 – just below the 92.844 level reached last week for the first time since April 5.

The New Zealand dollar was 0.85% higher after the RBNZ announcement on ending asset purchases.

Oil prices steadied after data showed that China’s first-half crude imports dropped 3% from January to June versus a year earlier. They surged more than 2% on Tuesday after the International Energy Agency said the market should expect tighter supply due to disagreements among major producers. read more