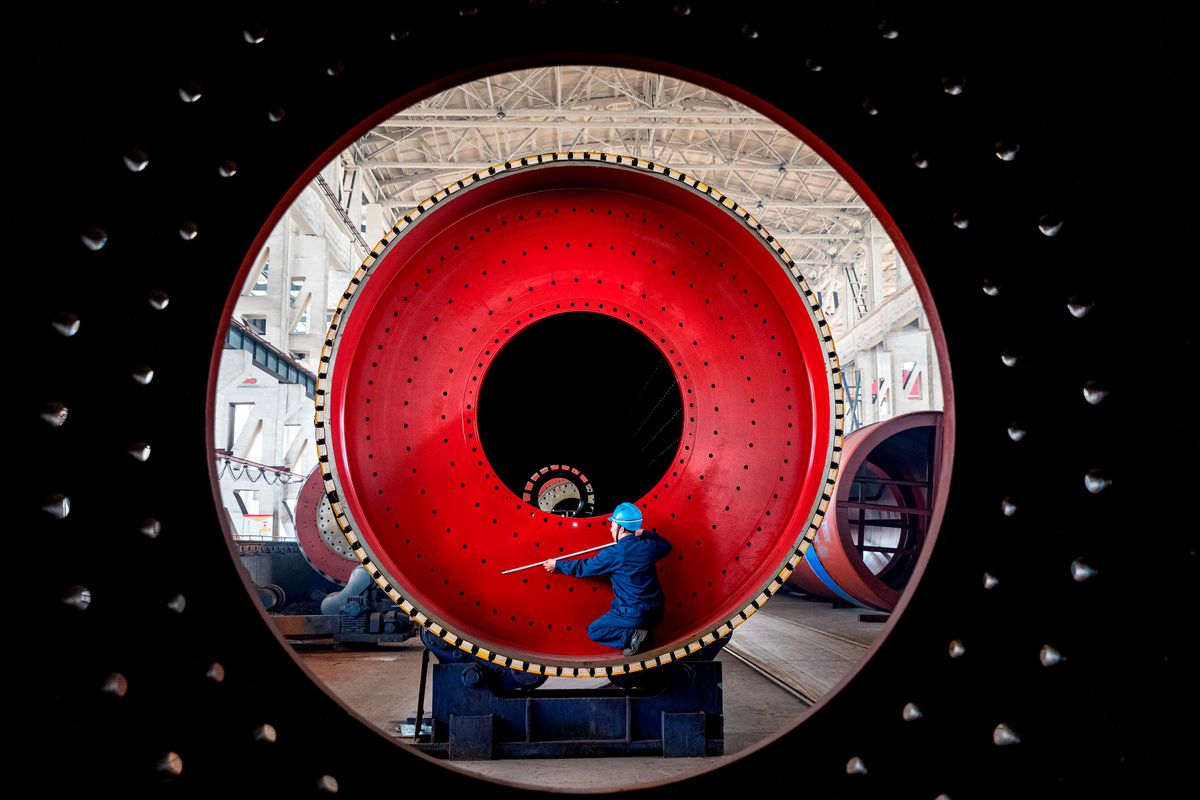 The newly detected Omicron coronavirus variant has also emerged as a fresh worry for the region’s policymakers, who are already grappling with the challenge of steering their economies out of the doldrums while trying to tame inflation amid rising commodity costs and parts shortages.

The findings from the private-sector survey, which focuses more on small firms in coastal regions, stood in contrast with those in China’s official PMI on Tuesday that showed manufacturing activity unexpectedly rose in November, albeit at a very modest pace. read more

“Relaxing constraints on the supply side, especially the easing of the power crunch, quickened the pace of production recovery,” said Wang Zhe, senior economist at Caixin Insight Group, in a statement accompanying the data release.

“But demand was relatively weak, suppressed by the COVID-19 epidemic and rising product prices.”

Beyond China, however, factory activity seemed to be on the mend with PMIs showing expansion in countries ranging from Japan, South Korea, India, Vietnam and the Philippines.

Japan’s PMI rose to 54.5 in November, up from 53.2 in October, the fastest pace of expansion in nearly four years. read more

South Korea’s PMI edged up to 50.9 from 50.2 in October, holding above the 50-mark threshold that indicates expansion in activity for a 14th straight month. read more

But output shrank in South Korea for a second straight month as Asia’s fourth-largest economy struggles to fully regain momentum in the face of persistent supply chain disruptions.

“Overall, with new export orders flooding back to countries previously hamstrung by Delta outbreaks and the disruption further down the supply chain still working through, there is plenty of scope for a continued rebound in regional industry,” said Alex Holmes, emerging Asia economist at Capital Economics.

India’s manufacturing activity grew at the fastest pace in 10 months in November, buoyed by a strong pick-up in demand. read more

Taiwan’s manufacturing activity continued to expand in November but at a slower pace, with the index hitting 54.9 compared with 55.2 in October. The picture was similar for Indonesia, which saw PMI ease to 53.9 from 57.2 in October.

The November surveys likely did not reflect the spread of the Omicron variant that could add further pressure on pandemic-disrupted supply chains, with many countries imposing fresh border controls to seal themselves off.