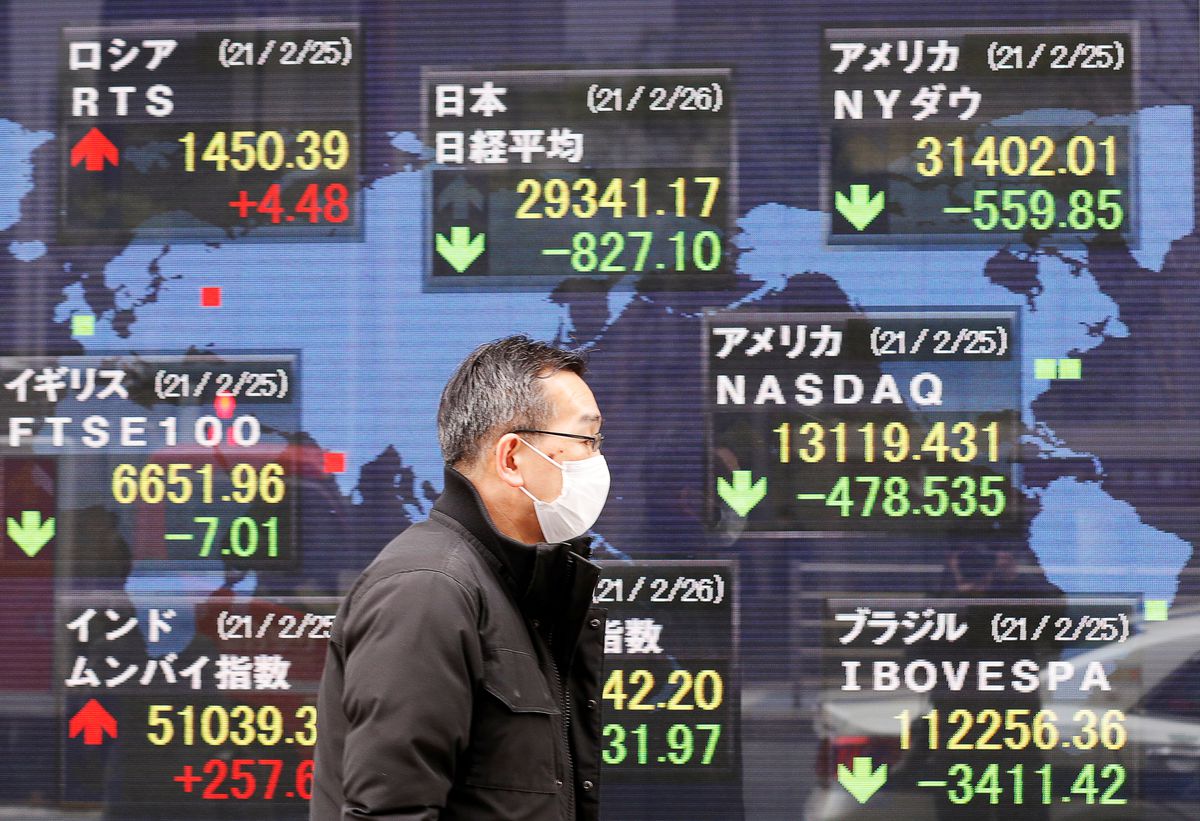 A man walks past a stock quotation board at a brokerage in Tokyo, Japan February 26, 2021. REUTERS/Kim Kyung-Hoon

A seasonal lack of liquidity made for a bumpy start and S&P 500 futures led the way with a 0.7% drop, while Nasdaq futures shed 0.6%.

The spread of Omicron saw the Netherlands go into lockdown on Sunday and put pressure on others to follow, though the United States seemed set to remain open. read more

“Omicron is set to be the Grinch who stole Europe’s Christmas,” said Tapas Strickland, a director of economics at NAB. “With Omicron cases doubling every 1.5-3 days, the potential for hospital systems to be overwhelmed even with effective vaccines remain.”

It was notable that Federal Reserve officials were openly talking of hiking rates as soon as March and of starting to run down the central bank’s balance sheet in mid-2022. read more

That is even more drastic than implied by futures , which had been well ahead of Fed intentions until now. The market has only priced in a 40% chance of a hike in March, with June still the favoured month for lift off.

Such hawkish chatter from the Fed is a major reason long-dated Treasury yields fell last week as the short-end rose. That left the two-10 year curve near its flattest since late 2020, reflecting the risk tighter policy will lead to recession.

BofA economists see this risk as reason to be bearish on equities, though their latest survey of fund managers found just 6% expected recession next year and only 13% were underweight stocks. Most remain overweight technology with “long tech” still viewed as the single most crowded trade.

It was the best year for commodities since 1996, and the worst for global government bonds since 1949.

The Fed’s hawkish turn combined with safe-haven flows underpinned the U.S. dollar index near its best for the year at 96.665 , following a 0.7% jump on Friday.

Sterling was down at $1.3228 as Omicron worries erased all the gains made following the Bank of England’s surprise rate rise last week.

Gold was looking firmer at $1,801 an ounce , having broken a five-week losing streak last week as equities slipped.

Oil prices swung lower amid concerns the spread of the Omicron variant would crimp demand for fuel and signs of improving supply.