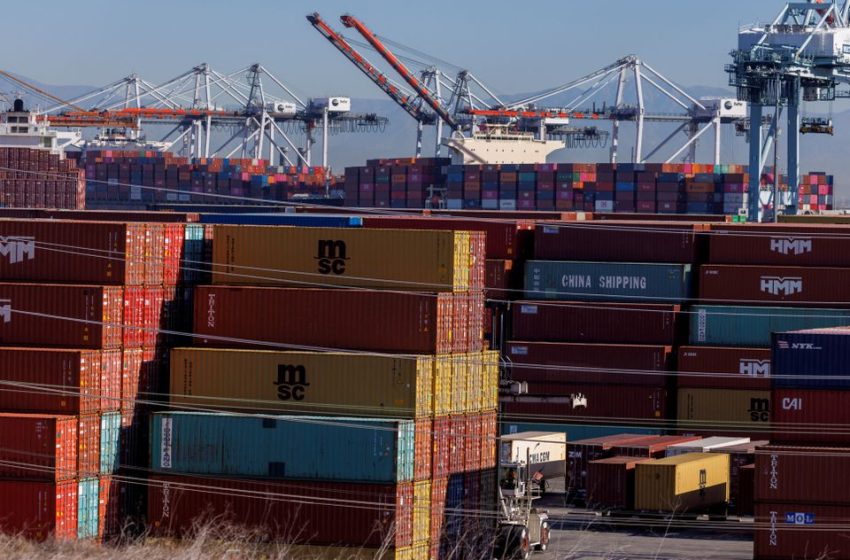 Feb 11 (Reuters) – Signs are growing that a global supply chain crisis which has confounded central bank inflation forecasts, stunted economic recoveries and compressed corporate margins could finally start to unwind towards the end of this year.

But trade channels have become so clogged up it could be well into next year before the worst-hit industries see business remotely as usual – even assuming that a new turn in the pandemic doesn’t create fresh havoc.

“We’re hoping in the back half of this year, we start to see a gradual recession of the shortages, of the bottlenecks, of just the overall dislocation that is in the supply chain right now,” food group Kellogg CEO Steve Cahillane told Reuters.

But he added: “I wouldn’t think that until 2024, there’ll be any kind of return to a normal environment because it has been so dramatically dislocated.”

The global trade system had never contended with anything quite like the coronavirus.

Starting in 2020, companies reacted to the economic downturn by cancelling production plans for the next year, only to be blindsided by an upswing in demand prompted by rapid vaccine rollouts and fiscal support for rich-world household spending.

At the same time, virus containment measures and infection clusters triggered labour shortages and factory shutdowns just as consumer spending was shifting from services to goods.

European Central Bank Chief Economist Philip Lane likened the fall-out to the aftermath of World War Two, when demand exploded and firms had to quickly retool from production of military to civilian goods.

Export-led economies like Germany have seen recovery choked by supply bottlenecks to their factories, while surging shipping costs have combined with higher fuel prices to push U.S. inflation to a four-decade high. read more

Now, as the milder Omicron variant prompts authorities to loosen restrictions, there are tentative signals that supply snags may be unwinding.

“Although supply chain constraints continued to stymie growth, there were signs that these were past their peak, a factor contributing to a slight easing in purchase price inflation,” IHS Markit said of the UK read-out.

While this has raised central bankers’ hopes of a more tangible reduction in inflationary pressures towards year-end, they also know that messages from the real economy remain mixed.

Soren Skou, head of shipping giant Maersk, said this week he was working on the assumption that more people would return to work at ports, more newly-built ships would come on line and that consumers would start to favour services again.

“At some point during this year, we will see a more normal situation,” Skou predicted.

While German shipper Hapag Lloyd (HLAG.DE) also saw delivery bottlenecks and freight prices easing in the second quarter, the big unknown for the sector is just how long the return to more reliable delivery schedules will take.

Supply chain analyst Sea-Intelligence said the current logjam had no precedent but past experience suggested it would take 8-9 months for port and hinterland networks to recover.

“That said, the market is showing no indication that we have started on the path to resolution,” Sea-Intelligence CEO Alan Murphy said in an analysis of current trends compared to past data on average vessel delays caused by disruptions.

Any resolution will be dependent on there being no further knocks to severely strained supply chains.

Those fragilities were highlighted on Thursday as Toyota (7203.T), General Motors (GM.N), Ford (F.N) and Chrysler-parent Stellantis (STLA.MI) said production had been hit at their North American plants due to parts shortages stemming from Canadian trucker protests against pandemic mandates. read more

Japanese, German and International Monetary Fund officials have all meanwhile raised concerns about a worsening of bottlenecks if China’s zero-COVID policy – which has included sealing off entire cities – is deployed in full against local outbreaks of Omicron.

For the consumer, it will be some time before they see any tangible unwinding of supply chain pressures – and they should not necessarily expect a return to pre-pandemic levels of pricing or availability.

Executives at automotive and other manufacturers say they expect prices for a range of raw materials to rise during the year, but they are confident they can raise prices for their products to cover some or all of the increase.

U.S. motorcycle-maker Harley-Davidson said it was making do with a much more limited inventory by putting in place a reservation system for customers to order bikes.

Jens Bjorn Andersen, chief executive of transport and logistics group DSV, said the dislocation had been so complete that, whatever emerges, the sector will not look the same as it did before COVID-19.

He added: “I never use the word normalization.”