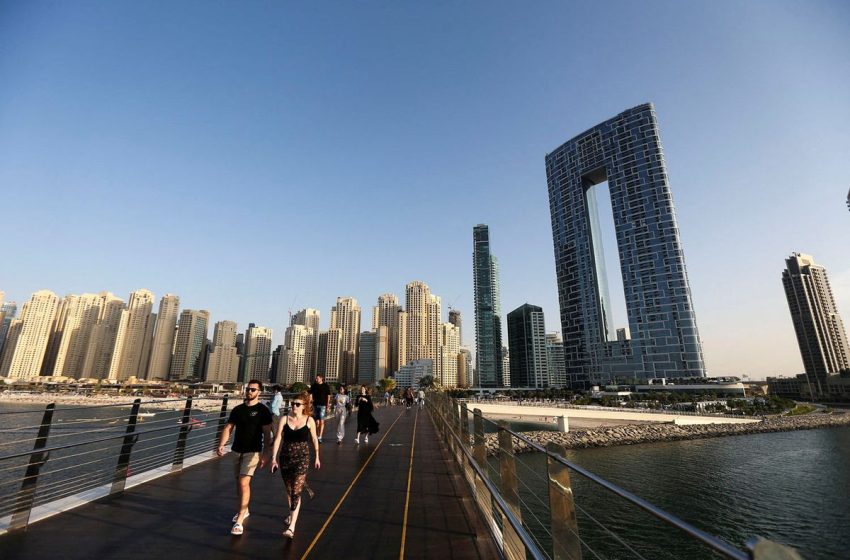 DUBAI, Feb 17 (Reuters) – The United Arab Emirates’ plans for a corporate tax risk eroding one of its main attractions as the Gulf’s premier destination for foreign firms, at a time when Saudi Arabia is opening up and pressuring multinationals to shift regional headquarters there.

As the UAE aligns itself more with the global economy, Saudi Arabia is using its clout as the world’s top oil exporter and biggest Arab economy to vie for capital, giving firms until 2024 to set up regional bases in Riyadh or lose out on lucrative contracts.

The standard UAE corporate tax rate of 9%, to be imposed from mid-2023, is below the 20% Saudi levy on foreign-owned firms. But tax experts said large multinationals are likely to pay 15%, in accordance with an OECD agreement on global minimum tax to which the UAE is a signatory. read more

“There will be a different rate for large multinational organisations. We expect this to be 15%,” Tatyana Rahmonova, international tax senior manager at accounting and consulting firm PwC Middle East, said in a presentation this month.

Freewheeling UAE, the region’s commercial hub and a magnet for the global ultra-rich, is taking tax cooperation and the tackling of illicit finance more seriously, but still retains much of its tax-free system, including within free zones.

Saudi Arabia also imposes a 20% capital gains tax on non-residents on disposal of Saudi shares while the UAE has none, and Riyadh has tripled value-added tax to 15% versus 5% in the UAE.

But other incentives offered by the two Arab economic powers to lure foreign firms and talent are also now a factor.

The UAE advantage is narrowing in the face of opportunities offered by the opening up of Saudi Arabia, where the crown prince is pushing to wean the kingdom off oil revenues and challenging the UAE to be the region’s commercial, logistics and tourism centre with ambitious mega-projects.

Alex Nicholls of AstroLabs, which advises companies on setting up Saudi offices, said the tax differential between the two Gulf states would be less of a factor for foreign companies than the looming risk from the Saudi state to future contracts.

“From last year the majority of our clients, who had clients in Saudi Arabia, have been told that ‘we will only work with you if you have a commercially registered company in Saudi Arabia’,” he said.

As of last year, Saudi Arabia had licensed 44 international companies to set up regional headquarters in Riyadh and the city’s royal commission said last year it had identified 7,000 global companies that it wanted to target.

“Saudi is being more assertive in terms of requiring corporations to hold appropriate licences to do business in the kingdom,” said corporate lawyer Rima Mrad of BSA Ahmad Bin Hezeem & Associates. “A lot of corporations used to do Saudi work remotely and this no longer is acceptable.”

“Once you have established yourself in Saudi Arabia, and have obtained the SAGIA licence, you will be able to take advantage of government assistance in many ways,” he said.

The UAE is counting on it remaining a first mover as it evolves an economy built on open-for-business credentials and glitzy expatriate lifestyles, by pushing in directions where it may take time for conservative Saudi Arabia to follow.

Last month, the UAE adopted a Saturday-Sunday weekend instead of the traditional Muslim Friday-Saturday to move closer to global markets. It has also overhauled regulations, including decriminalising alcohol consumption and pre-marital cohabitation. read more

To cushion the blow from the new tax, Dubai said it would reduce government fees on commercial activities, a move trade sources say some of the UAE’s other six emirates may mimic.

And the UAE has said it would honour corporate tax incentives offered at its more than 40 free zones to firms that do not conduct business with the mainland.

Industry sources say the free zone mechanism under the new UAE regime will likely involve all firms filing returns but with no tax applied to those doing business solely overseas.