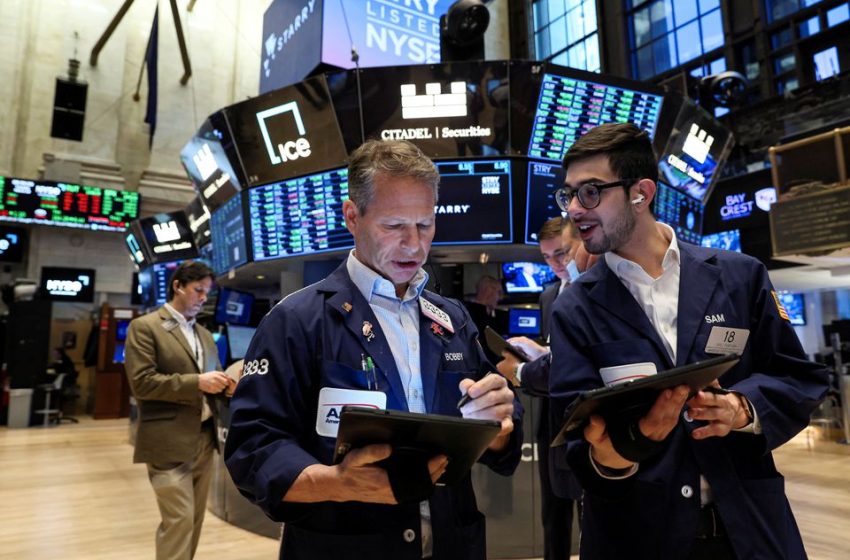 NEW YORK, March 30 (Reuters) – As a stunning rebound in U.S. stocks charges on, investors are questioning how long the surge can continue in the face of a hawkish Federal Reserve, warnings of recession from the bond market and geopolitical uncertainty.

The S&P 500 is up 11% since March 8, its biggest 15-day percentage gain since June 2020, led by many of the high-growth stocks that have been pummeled for much of the year. The benchmark index has cut its year-to-date losses to 2.8%, after it earlier swooned by as much as 12.5%.

The move has come despite a broad range of concerns that rocked equities earlier this quarter, among them the war in Ukraine, surging inflation and a sharp rise in Treasury yields fueled by tightening monetary policy from the Fed. read more

Stocks shrugged off the latest ominous sign from the bond market on Tuesday. The S&P 500 closed up 1.2% even as the widely tracked U.S. 2-year/10-year Treasury yield curve inverted for the first time since September 2019, a phenomenon that has reliably predicted past recessions. read more

“It’s been mystifying,” said Jack Ablin, chief investment officer at Cresset Capital Management. “I think that the bond market is sober and the equity market is quixotic.”

Investors are pointing to a number of factors that could be driving the bounce in equities.

Many have taken heart from Fed Chairman Jerome Powell’s assessment of the U.S. economy as strong enough to handle an aggressive pace of rate increases and may be cheering a Fed that now appears to be tackling sky-high inflation head on, analysts said.

The S&P 500 has gained over 6% since the Fed’s March 16 monetary policy meeting, at which it raised interest rates by 25 basis points and penciled in 150 basis points of tightening for the rest of the year. read more

At the same time, individual investors have been using the weakness in stocks as an opportunity to buy, the bank said.

According to Goldman, $93 billion of capital has flowed into U.S. equity funds since the start of the year, “suggesting that households have continued to buy after the record year for U.S. equity inflows in 2021.”

Indeed, many of the stock rally’s biggest gainers have come in high-growth, retail investor favorites that had been hammered as bond yields shot higher earlier this year. Those include so-called meme stock darlings GameStop (GME.N) and AMC Entertainment Holdings (AMC.N), whose prices have more than doubled from their 2022 lows, and Cathie Wood’s ARK Innovation fund (ARKK.P) ETF, which is up 36.5% from its recent low.

Strategist Ed Yardeni of Yardeni Research said March 8 may have marked a bottom for the stock market this year, believing stocks are gaining support from investors using equities as a hedge against inflation, which stands at its highest level in nearly four decades.

“The fog of war had masked the outlook, but the long-term bull market, punctuated by panic attacks, remains intact,” he wrote on Tuesday.

The corporate earnings outlook also remains solid, even as higher energy and other prices threaten to erode profit margins. Estimates for S&P 500 profits have risen since the start of the year with companies overall expected to increase earnings by 8.8% in 2022, according to Refinitiv IBES.

Another factor may be investors adjusting their portfolios as the quarter winds down, strategists at JPMorgan said. Investor rebalancing of portfolios “likely played a major role over the past two weeks, hurting bonds and supporting equities,” they wrote.

Plenty of investors are suspicious of the rebound. Neuberger Berman said on Monday it was looking to “fade” equity rallies.

“I am wary that this is a bear market rally that could turn around and that we could re-test the lows,” Pavlik said.