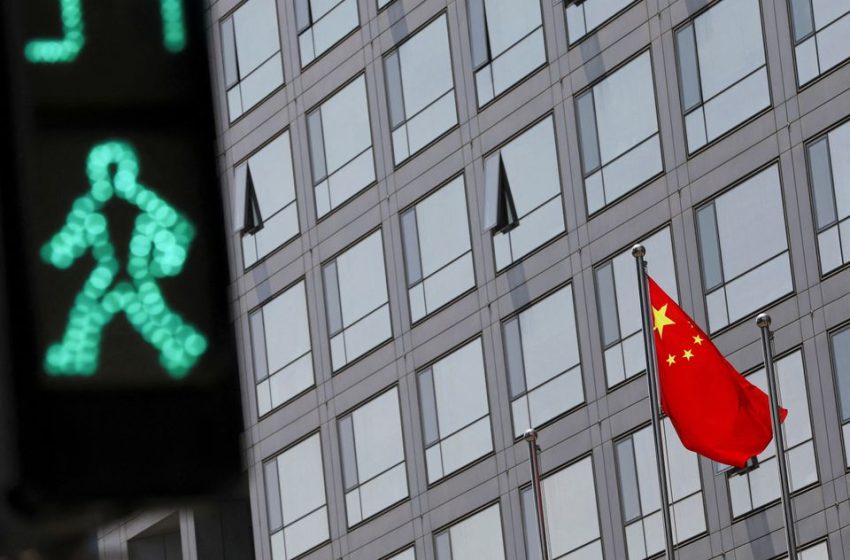 NEW YORK/SHANGHAI, Aug 29 (Reuters) – There was much relief for investors in U.S.-listed Chinese firms after Beijing and Washington struck a long-pending audit deal, but legal experts and China watchers warn the two sides could still clash over how the accord is interpreted and implemented.

U.S. regulators have for more than a decade demanded access to audit papers of U.S.-listed Chinese companies, but Beijing has been reluctant to let U.S. regulators inspect its accounting firms, citing national security concerns. read more .

On Friday, however, the countries reached a landmark deal which appeared to give the United States everything it wanted: full access to China audit papers with no redactions for any reason; the right to take testimony from audit company staff in China and Hong Kong; and sole discretion to select which companies the United States inspects. read more

Investors said the deal was a major boon for U.S.-listed Chinese companies, but share price gains were capped by a new round of risk-aversion on Monday, triggered by worries of an extended period of global interest rate rises. read more

Legal experts warned that the investor optimism may be premature, pointing to the nuance in the wording of the two sides as cause for potential clashes as implementation of the deal starts next month.

They noted it would take the Public Company Accounting Oversight Board (PCAOB), the U.S. audit watchdog, some time to test whether China was faithfully complying with the deal.

“To break the logjam and achieve an agreement for both sides, I think, is significant,” said Hung Tran, senior fellow at the Atlantic Council, a U.S. think tank.

“But the real meaning of it will require some time to see if the access and the process and the real review of auditing trails can be done in the way that satisfies the requirements of U.S. law.

The Friday’s PCAOB statement said the agreement, “if abided by”, would grant complete access to the U.S. regulators.

The statement by Beijing, however, emphasized the principle for bilateral cooperation is “equal”, and the U.S. side will have to obtain documents through the Chinese regulator, and have to involve and let the China side coordinate the interview and testimony taking.

The China Securities Regulatory Commission (CSRC), which described the agreement as an important step for investors, companies and both countries, said the audit issue is expected to be resolved only if cooperation “meets regulatory requirements by each side”.

There are precedents when cooperation fell apart between the two sides.

For instance, the PCAOB spent significant time and resources negotiating a Memorandum of Understanding (MOU) with the Chinese authorities for audit enforcement cooperation in 2013, but later decided they still could not obtain sufficient information access, earlier official statements show.

Much will depend on which of the more than 200 U.S.-listed Chinese companies the PCAOB selects for inspection, said lawyers. PCAOB officials said on Friday that they had notified the selected companies and expected to begin inspecting their audit papers next month, but it did not name them.

A spokeswoman for the PCAOB referred Reuters to comments agency officials made on Friday, that the PCAOB would select companies based on risk factors, such as size and sector, and that no companies could expect special treatment.

If the PCAOB selects high-profile companies with lots of sensitive data, conflicts could quickly arise, but the PCAOB is unlikely to relent to any push back from China given it is under intense political scrutiny at home, lawyers said.

Marcia Ellis, a Hong Kong-based lawyer at Morrison & Foerster, pointed out that the audit paper access required by the deal was still in tension with China’s stringent data security rules.

A spokesman for U.S. Securities and Exchange Commission, which oversees the audit watchdog, declined to comment, but on Friday the agency’s chair Gary Genslery warned the deal would only be meaningful if U.S. officials gain the access promised.

The CSRC did not immediately respond to a Reuters request for comment.

All companies and audit firms selected must comply fully for the PCAOB to conclude China as a jurisdiction is in compliance.

“The PCAOB will not cut any corners when implementing this agreement,” said Paul Leder, the former director of the SEC’s office of international affairs.

“It knows that both the SEC and Congress will want assurances that the PCAOB has the same access to information when inspecting a Chinese audit firm as it does for one in the U.S,” said Leder, who is now a counsel at law firm Miller & Chevalier.

Even if the deal succeeds, China is likely to steer some companies away from U.S. listings in future, given the ongoing underlying conflict over providing access to sensitive data, said Morrison & Foerster’s Ellis.

“We expect that Chinese headquartered companies with sensitive data that have not yet listed will favour listings in Hong Kong even if the PCAOB issue is resolved,” she said.