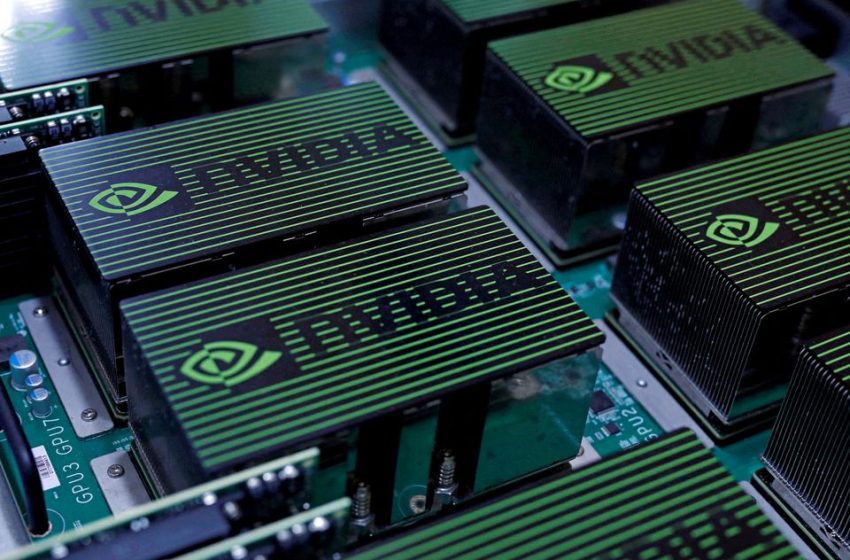 The logo of Nvidia Corporation is seen during the annual Computex computer exhibition in Taipei, Taiwan May 30, 2017. REUTERS/Tyrone Siu

The ban is part of a longer effort by the U.S. government to crack down on U.S. contributions to Chinese artificial intelligence and high-performance computing, or supercomputing. Last year, U.S. officials put seven Chinese supercomputing entities on an economic blacklist, and last week they banned Nvidia and AMD’s chips from export to China “to keep advanced technologies out of the wrong hands.”

On Thursday, an independent group that measures artificial intelligence speeds published new data that can help back up the claims of little-known Chinese startup Shanghai Biren Intelligent Technology Co that its latest chip has bested the performance of one of the high-end chips banned by the U.S. government.

The milestone is viewed as an opening for Chinese domestic chip companies to service Chinese customers cut off from access to U.S. chips, experts said.

“The benchmarks are broadly representative of image processing and natural language processing, which are two fairly significant AI workloads,” said David Kanter, a founder of MLCommons, the group that publishes the results. “It’s pretty impressive.”

The promising performance rankings come after years of financing and development from Chinese startups and venture firms, including several investors from the U.S., to create domestic alternatives to Nvidia Corp (NVDA.O) and Advanced Micro Devices Inc (AMD.O) chips.

The rise of AI chip startups in China could upset plans by the U.S. to slow down China’s development of computing tools needed for military applications such as designing nuclear weapons. Those tasks often involve running computer simulations with high-precision – something the Nvidia and AMD chips excel at.

Biren, founded by alumni of Chinese tech giant Alibaba and Nvidia, has publicly said it would focus on selling its BR100 chip to private data center and cloud customers. The company says it has no plans to sell to the military.

Jack Dongarra, a distinguished professor of computer science who helps lead the Top500 ranking of the fastest supercomputers says he’s seen this scenario play out before. “The U.S. embargoed Intel chips from going to specific places in China that are and were developing high performance computers,” he said. “The result was that China designed its chips for its supercomputers.”

CCS Insight chip analyst Wayne Lam said Biren could be in for a “success story, having demonstrated this capability and now having this business opportunity fall on them”. He said Chinese computing groups will likely “have to re-tinker their systems and figure out how to build for something that they can get.”

Still, some analysts and U.S. chip executives say to gain AI market share companies need more than just a fast chip. They need to build a software ecosystem for the chips that can compete with Nvidia’s software platform called CUDA which dominates the AI market.

“New Chinese firms in the space will have to prove that they are reliable, can iterate hardware at the cutting edge… And then offer a compelling software ecosystem,” said Paul Triolo, senior vice president for China at strategy firm Albright Stonebridge Group.

Those investments have caused concern for some who are pushing to limit where U.S. capital can be invested overseas, said Matt Ocko, managing partner of Silicon Valley venture capital firm DCVC. His firm is a major investor in companies that work closely with the U.S. defense and intelligence communities. “It’s not acceptable for major pools of U.S. capital to fund AI chips and other PRC (Chinese) military tech that threatens U.S. national security.”