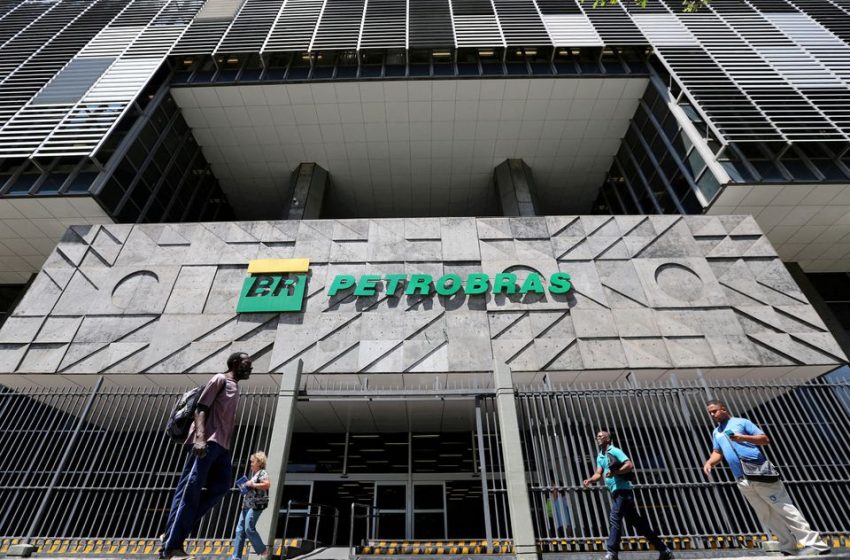 Analysis: Petrobras bulls charge ahead despite risks in Brasilia

Preferred shares in the firm plummeted 22% in a day. Analysts quickly downgraded a slew of Brazilian assets from state banks to sovereign debt. Many investors feared the company would return to policies seen under previous governments, when Petroleo Brasileiro SA , as the firm is formally known, subsidized Brazilians at the pump, incurring billions of dollars in losses. read more

Just over a year later, history threatens to repeat itself – but investors have reacted with a shrug.

Last week, Bolsonaro complained that Petrobras was too profitable and it should make a sacrifice to keep down prices. The company’s chairman resigned over the weekend. Ministers have met daily to debate how to keep down pump prices as global crude costs explode due to the Russia-Ukraine war and Western sanctions on Russian oil in response to the conflict. read more

Yet Brazil-listed shares of Petrobras are off only 1% this week and have gained 18% year-to-date. The firm’s New York-listed ADRs are up 27%.

Petrobras investors sticking to their guns were in part vindicated on Thursday when the company announced its first fuel price hike in over 50 days. However, the oil company said it was still offering consumers a discount to global prices.

Even before the price hike, investors said they had plenty of reasons not to jump ship. Some were simple: With Brent over $110 per barrel and much of its production exported, Petrobras can support Brazilians at the pump while still raking in cash.

That is especially true as the firm has sold off many of its midstream and downstream assets and beefed up its higher-margin exploration and production business in recent years. read more

“Even though we have a populist president in Brazil with relation to Petrobras, the market is getting over it because we have an upstream division that’s turned into a cash machine,” said James Gulbrandsen, chief investment officer for Latin America at NCH Capital in Rio de Janeiro.

The company has expanded with particular fervor in recent years in an ultra-deep water region called the pre-salt, describing its operations as cost-efficient.

Before the fuel pricing standoff of February 2021, the EV/EBITDA ratio for Petrobras, a common measure of company valuation, was in line with or above that of its peers.

But it has since then dramatically diverged, falling below 3x for Petrobras while remaining above 4x for most Western oil majors, according to a report analysts led by Vidal sent to clients this week.

More importantly, perhaps, analysts and investors say the dynamics in Brazil’s domestic fuel market have changed recently as reforms have made room for more competition.

Together, private-sector suppliers would trigger a dramatic shortfall if they quit the market due to extreme Petrobras discounts, creating serious blowback for Brasilia.

“If (private importers and refiners) exit, that’s going to create a very complex situation that will be hard to solve in the short term,” said Edmar Almeida, a professor specializing in energy at the Federal University of Rio de Janeiro.

“It would be very traumatic.”

To be sure, Petrobras remains vulnerable to shifting political winds despite recent efforts to shield it.

Changes to both Brazilian law and Petrobras bylaws have made it more difficult for the government to force losses upon Petrobras, said Luiz Carvalho, lead Latin America oil and gas analyst for UBS.

For instance, the company is not allowed to import fuel at a loss for non-business purposes, a rule instituted under the government of former President Michel Temer.

Yet, as controlling shareholder of Petrobras, the government could call an extraordinary shareholders’ meeting to change those bylaws. Doing so could be a way to effectively force the company to import fuel and sell it at a loss to Brazilians, which would please constituents but would send investors for the exits.

In the medium-term, all eyes are on Brazil’s presidential election in October.

While Bolsonaro has swung between pro-market rhetoric on Petrobras and complaints about its fuel pricing policy, his most formidable opponent, leftist former President Luiz Inacio Lula da Silva, has vowed to transform the state firm’s priorities.

“We don’t have to be worried about profit,” the former president said in a radio interview in January, adding that he would rather the firm build new refineries than pay dividends.

Market analysts are still debating the possible outcomes of a Lula victory.

One of the main investor fears, they say, is that a leftist government could require investments that benefit constituents or promote development in impoverished regions of Brazil, while contributing little to Petrobras’ bottom line. read more

The trick, XP’s Vidal said, will be determining which campaign trail promises in the coming months will become policy.

“Regardless of what they say, we will only find out (what policies they will adopt), when they take office,” he said.

“Until then, there will be a lot of volatility.”