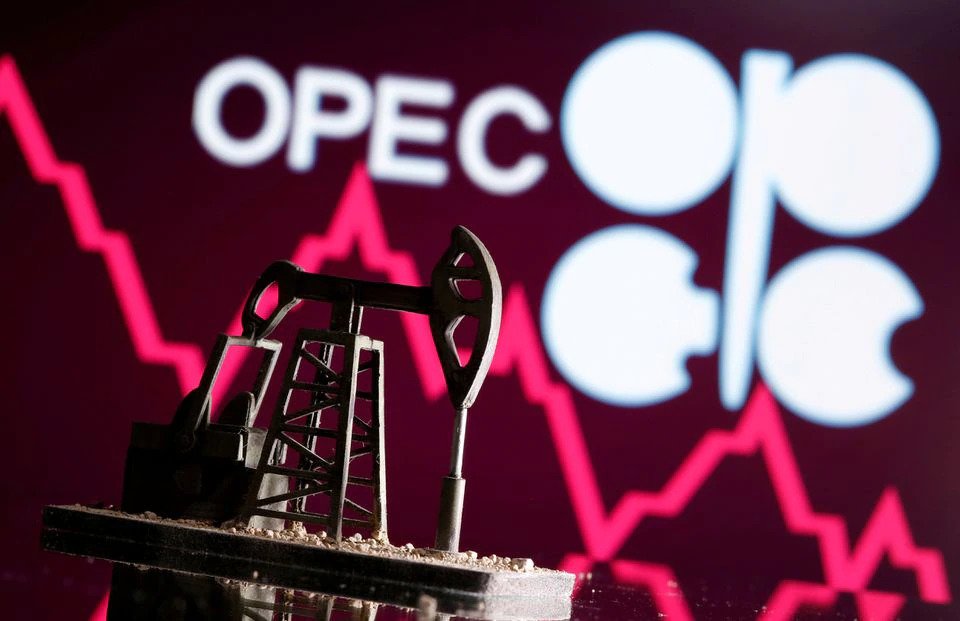 OPEC+ is likely to stick to the existing pace of gradually easing oil supply curbs at a meeting on Tuesday, five OPEC sources said, as producers balance expectations of a recovery in demand against a possible increase in Iranian supply.

Members of the Organization of the Petroleum Exporting Countries and the so-called OPEC+ group together face the threat of a focus by the United States and China on tackling carbon emissions and plans for greater use of renewables.

The impact on demand could trigger market share competition and spell the end to them working together on supply policy, with current and former OPEC officials and others close to the group saying they expect growing rivalry over time.

“OPEC+ will face a major challenge in how to deal with shrinking demand but also increasing pressures to lower prices due to oversupply,” Chakib Khelil, a former Algerian oil minister and two-time OPEC president, told Reuters.

After decades of saying oil demand will rise, OPEC last year acknowledged it will plateau, but not before the late 2030s.

Since the COVID-19 pandemic, officials say a peak could come earlier. read more

“It could happen within the next ten to twenty years, given the present trend of renewable energy use in the energy mix of major consuming countries,” Khelil said.

OPEC whose 13 members all depend on oil sales as a main source of income, marked its 60th anniversary in September after surviving crises including the 1980-1988 Iran-Iraq war and several oil price collapses.

And since 2017, OPEC and allies led by Russia have worked together as OPEC+ to prop up the market by limiting production.

OPEC’s own scenario on when demand will peak is among the most distant forecast by energy companies, producers and analysts. read more

But an OPEC source told Reuters the impact of the coronavirus pandemic would likely result in a lower long-term demand forecast when the group publishes its 2021 World Oil Outlook, expected in late September.

Other OPEC officials said that while it sees demand reaching pre-pandemic levels in 2022, downward pressure is looming.

“OPEC may change its long-term forecast for oil demand in its 2021 report due to climate change issues and technological advances in the development of renewable energy and efficiency improvements,” an official from a major OPEC producer said.

Demand could peak within a decade but maybe later, according to Hasan Qabazard, OPEC’s head of research from 2006 to 2013, an earlier timeframe than he gave in comments to Reuters last year.

“The energy mix will change, there will be peak oil demand at some time in the 2030s, when combustion engine phase-out mandates start to take effect,” he said.

“This peak demand will plateau for a long, long time to come.”

OPEC’s Vienna headquarters did not comment when asked by Reuters about its forecasts.

What is altering the outlook, Khelil and some current OPEC officials say, is the greater focus by the world’s top two oil consumers on climate change.

President Joe Biden in February took the United States back into the Paris climate deal, while China’s President Xi Jinping in December targeted a steeper cut in carbon emissions by 2030.

If demand growth peters out, producers will be chasing fewer customers and those with the lowest production costs could see more merit in a market-share strategy, potentially weakening prices and the OPEC+ alliance.

“Oil demand may peak quite early, even in the mid-2020s or earlier,” a senior official at a major OPEC member’s state oil company, who declined to be named, said.

“The low-cost producers such as Saudi Arabia and the rest of the Gulf would work hard to increase their market share. The smaller and higher-cost international oil companies and countries will indeed suffer.”

OPEC has about 80% of the world’s oil reserves of which the Middle East members Saudi Arabia, Iraq, Iran and the United Arab Emirates hold the bulk. Smaller members like Algeria and Angola, where output is declining, hold smaller amounts.

Over the last decade, Saudi Arabia, Iraq and the UAE have added to their share of OPEC output, while that of most African producers has declined, OPEC figures show.

“A peak oil demand will introduce a new form of competition between oil producers, even within OPEC,” Samuel Ciszuk, who founded ELS Analysis and used to work for Sweden’s Energy Agency, said.

“Countries like Libya and Algeria export a lot to Europe, and Europe might have seen a peak in demand or be seeing one in the next few years. The big Gulf producers are more naturally inclined to Asia, so they will not be exposed as quickly.”

Recent moves by OPEC+ to allocate higher baselines for supply curbs in 2022 for the biggest Gulf players show more market share going to the biggest producers already. This reallocation emerged after the UAE pushed for a higher baseline.

The official at the major OPEC producer said that while larger OPEC+ players will be strengthened, it will not be for long.

“Increasing OPEC’s share of the shrinking oil market will not be a long-term benefit for member countries if global oil demand is steadily declining,” he said.

Khelil, a veteran of dozens of OPEC meetings, also expects larger producers to gain most and for the group to retain a role to play in meeting a declining oil demand.