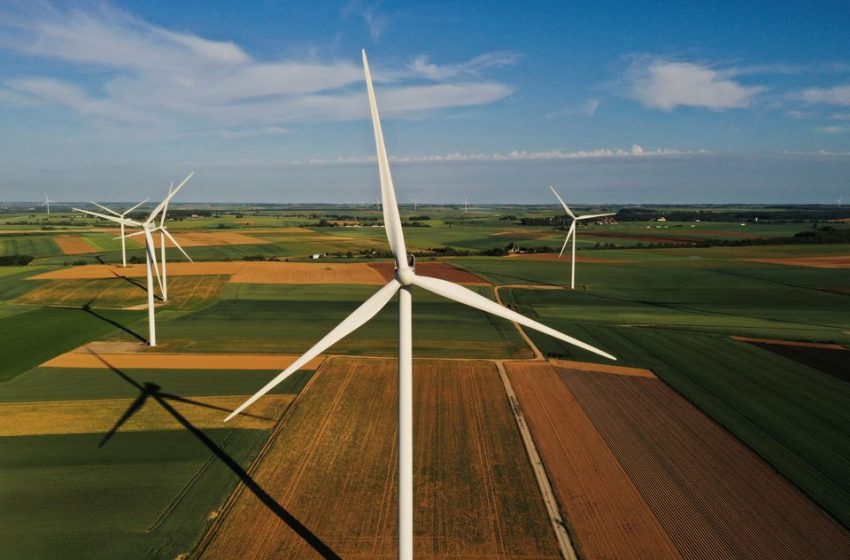 An aerial view shows power-generating windmill turbines in a wind farm in Graincourt-les-havrincourt, France, May 19, 2022. Picture taken with a drone. REUTERS/Pascal Rossignol/File Photo

Analysis: Overlapping rules to curb greenwashing may only add to company frustration

Over $3 trillion has flowed into investments specifically touting their environmental, social and governance (ESG) credentials reported under scores of voluntary disclosures, stoking regulatory concerns about greenwashing.

While investors and companies want a single set of mandatory disclosures to aid comparison between firms and keep down reporting costs, three draft sets of disclosure rules are currently out for public consultation from the European Union, the U.S. Securities and Exchange Commission, and a new G20-backed International Sustainability Standards Board (ISSB). read more

Companies will likely apply them in annual reports for 2023 or shortly thereafter, but the speed of rulemaking, differences between the standards, and political aims to break new ground are raising concerns among those tasked with using them.

The We Mean Business coalition of 7,000 global companies is calling on the regulators to converge their definitions, terminology and concepts before finalising the rules later this year, and not in the months and years following that.

“It’s uncertainty over what will be the outcome of it, and we can see that especially if companies are dual-listed in the United States and EU, they will have an issue,” said Jane Thostrup Jagd, deputy director for net zero finance at We Mean Business.

“We will end up in a situation which is potentially even worse than what we have financially,” she added, referring to failed attempts at deeper convergence between accounting rules in the United States and those from a sister body of the ISSB.

As it stands, the EU rules are the most comprehensive, covering the full range of ESG risks to a company, as well as its impact on both the environment and society.

The ISSB aims to be a global “baseline”, focusing on risks to companies from climate, with some consideration of wider factors, while the SEC rules also look at climate risks to firms.

Daniel Klier, chief executive of data company ESG Book, whose clients manage $120 trillion in assets, said the lack of comparability between the three standards would weaken the ability of markets to direct capital to green investments.

“If you believe in the capability of a financial market to take information as a signal to allocate capital effectively, getting inconsistent signals just weakens the system.

“The second problem is that you frustrate companies because, if you’re an international firm, you need to do slightly different disclosures in different jurisdictions, which goes against the entire notion of easing the reporting burden to allow more information into the public domain.”

Mark Spiers, partner at regulatory consultants Bovill, said the different speeds at which the three standards are being written creates challenges for international companies.

“There are so many jurisdictional specific regimes and trying to satisfy all of them will be a Herculean task,” Spiers said.

“It means firms operating (in) many jurisdictions have to continually adjust their systems. And there is a big question as to whether they will start to converge to a common set of standards.”

The ISSB and EU say their officials and those from the SEC are talking regularly.

“The key point here is that we will not get perfect harmonisations,” Ashley Alder, chair of IOSCO, the global forum for securities regulators like the SEC and a driving force behind the ISSB, told a conference this month.

“Nevertheless we should not have an outcome where you have three competing major standards. They need to be sufficiently interoperable,” Alder said, adding that coordination should mean investors having meaningful comparisons between companies.

ISSB Chair Emmanuel Faber said the board has set up a working group to aid dialogue with China, the EU, Japan, Britain and the United States on disclosures.

“Continued engagement by jurisdictions and market participants across the world will be critical,” Faber said.

Saskia Slomp, chief executive of EFRAG, the body drafting EU disclosures, said everyone was working towards a common goal.

“There is a willingness to cooperate and move all together ahead, but we have to realise that there are different speeds and different topics,” Slomp told a conference last month.

“The ISSB has now published general principles and a climate change one. We have to do the whole scope, the environment, social, and governance. It’s a much wider thing,” Slomp said.

The SEC has left the door open to recognising international disclosure standards, but the EU has only said it will review compatibility international norms after three years.

“These EU standards will build on and will be compatible with global standards,” the EU’s financial services chief Mairead McGuinness said last month.

“I do believe that we have less confusion now than before, because before it was only the private sector, and it was voluntary,” Delarue said.