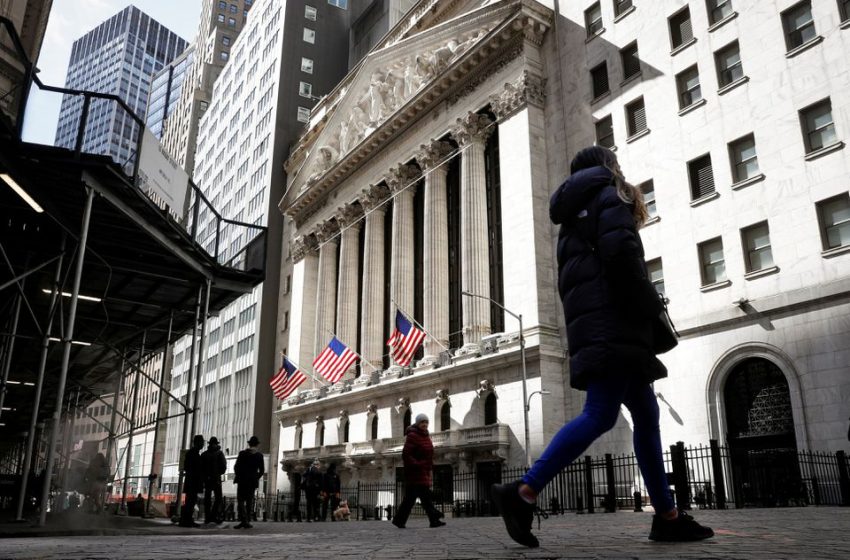 Data showing consumer prices rose more than expected in September initially sent the S&P 500 tumbling to its lowest point since November 2020 on Thursday, only for the index to mount a furious rally towards midday. In total, the index swung 5.4 percentage points on the day to close up 2.6%.

One key reason for the move, market participants said, was an unwind of defensive positions investors had put in place to protect their portfolios against further stock declines ahead of the inflation data – which has been a catalyst for big equity drops all year.

Chris Murphy, co-head of derivatives strategy at Susquehanna International Group, said many options traders that had bought defensive puts ahead of the move were rushing to close them out on Thursday, helping lift stocks.

“If you had a hedge on for this event and you start making money on that, you have to sell it to monetize or realize that money,” he said.

Despite Thursday’s meaty gain Murphy said the big reversal may be a sign of more volatility ahead.

However, “that doesn’t mean this bounce can’t last for a while,” he said.

Amy Wu Silverman, head of derivatives strategy at RBC Capital Markets, said investors purchased some $13 billion in notional call options, which profit when stocks rise, targeting the 3,600 to 3,700 level on the S&P 500. The index traded as low as 3,491 on Thursday and closed at 3,669.

She cautioned that the effects of such options moves are “almost always” short-lived, with earnings season being one potential catalysts that could affect markets.

“As we head into reporting season, these dynamics can just as easily revert as we get new fundamental information,” she said.

“Generally when you see these big intraday moves it’s not a healthy sign for markets,” said Garrett DeSimone, head quant at OptionMetrics. The moves are usually followed by reversals, as dealers look to re-hedge, he said.

Others said algorithmic trading may have also played a role in driving markets higher.

“I think it was computer-driven and now you are seeing the FOMO, the fear of missing out trade, playing catch up to what we saw on this bounce,” said Robert Pavlik, senior portfolio manager at Dakota Wealth.

A source at a prime brokerage said there was no significant change in hedge funds’ long positions, bets on stocks going up. This indicates Thursday’s rally tends to be short-lived.

To be sure, more of the move in U.S. stocks has been to the downside this year, with the S&P 500 clocking the most falls of at least 1% already this year since 2009, in its 23% year-to-date decline.

Indeed, despite the S&P 500’s wild ride on Thursday, the most recent inflation data does little to help the case for battered stock market bulls.

Traders are now pricing in a fourth straight jumbo 75 basis point increase from the Fed at its Nov. 1-2 meeting, while also factoring in about a 14% chance that the central bank will raise rates by 100 basis points – stark news for stock and bond markets that have been battered by 300 basis points of increases already delivered this year.

At the same time, turbulence in the UK bond market has shown little signs of stabilizing, potentially forcing the Bank of England to deliver more stimulus.

Still, some investors have been looking past the short-term gloom, citing discounted valuations on U.S. stocks as one reason for cautious optimism.

The market’s focus will next turn to a pivotal third-quarter corporate earnings season to help support stock prices.

Meanwhile, with the Nov. 8 U.S. midterm election nearing, one glimmer of hope cited by investors is that the S&P 500 has been higher the year after every one of the 19 midterm elections since World War Two, according to Deutsche Bank.

“For investors with a long-term horizon (of at least three years), there are clearly bargains emerging in several sectors,” said Peter Tuz, president of Chase Investment Counsel.

However, “for investors who are focused on the next six months, it is probably a toss-up whether we see a recovery in equity markets or not.”