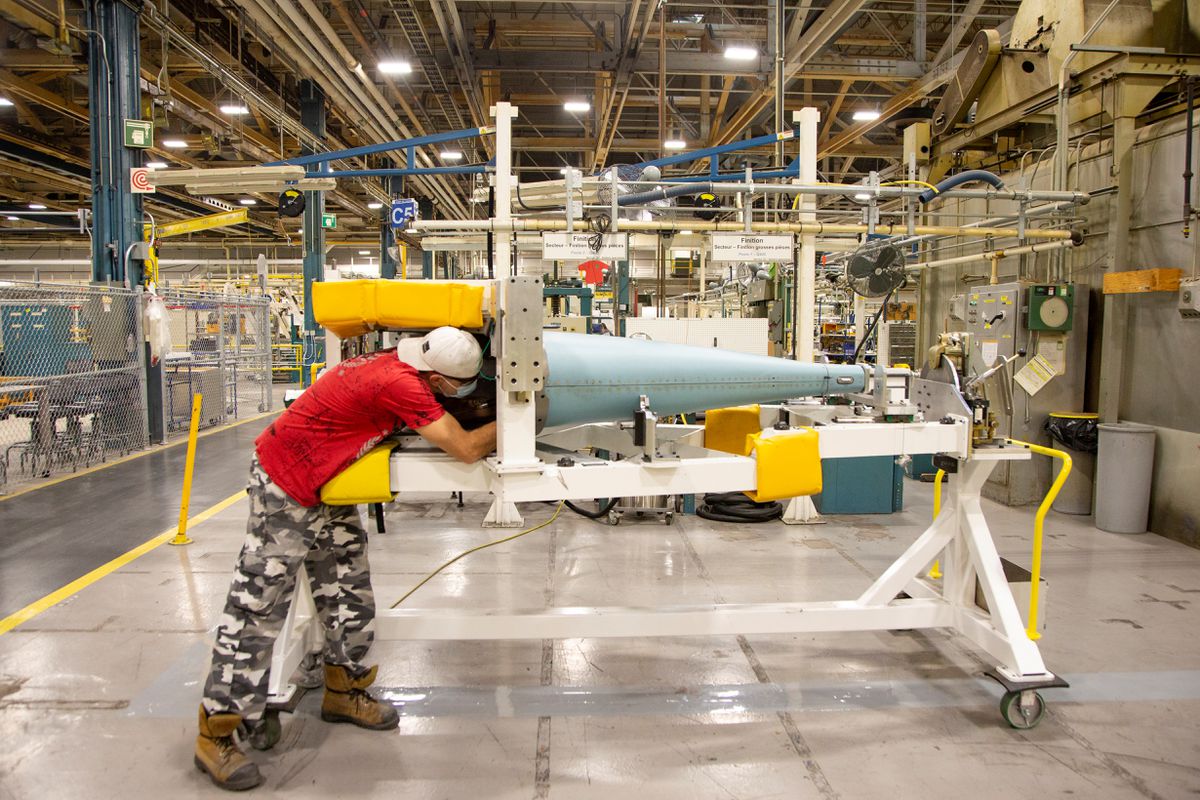 Nov 24 (Reuters) – Global shipping and supply chain bottlenecks are encouraging Canadian firms to bring production back home, but some companies would have to absorb higher costs and build expertise in certain sectors for local manufacturing to pick up pace.

In Canada, supply chain woes, recent rail and weather disruptions, along with pressure to source ethically and locally to lower emissions, are leading companies to buy closer to home or produce in-house, executives say.

Even before storms and Canada’s recent floods stranded two of its containers at the Port of Vancouver, Toronto-based Progress Luv2Pak was looking for more Canadian and U.S. suppliers due to soaring shipping costs and delays. read more

“In some cases, the value of the goods in the container are less than the freight,” said Ben Hertzman, president of Luv2Pak, which supplies shopping bags and other packaging for retailers.

He said about half of Luv2Pak’s seven-member buying team now focuses on North American sourcing, up from one part-time position just a few months ago, even though the company often gets better pricing and quality for products offshore.

Canadian manufacturing activity rose to a seven-month high in October, according to IHS Markit. Although it is too early to tell whether reshoring contributed to this rise, economists say companies are taking concrete steps toward buying local, unlike during earlier crises.

That’s driving cautious optimism that reshoring could bolster Canada’s manufacturing sector, which according to Statistics Canada data, has been in steady decline since the late 1990s.

“The number of calls our ‘Buy Quebec’ team gets from companies each week is probably around 10 times higher than what it was even three months ago,” said Stephane Drouin, an executive with Investissement Quebec.

Quebec Economy Minister Pierre Fitzgibbon said in an interview he is pitching the advantages of North American-based supply to U.S. automakers like Tesla (TSLA.O) as the resource-rich province targets batteries for electric vehicles as a sector where it wants to compete globally. read more

Montreal-area furniture maker Artopex, which already sources mostly in Canada, is taking steps to make some components in-house that it once purchased in Asia due to delays and higher shipping costs, Chief Executive Daniel Pelletier said.

“It’s a major problem to not be able to have certainty over the timing of deliveries.”

Bombardier saw fewer production delays and improved quality after it repatriated work, such as the machining of stringers used in aircraft wings from a U.S. supplier, spokesperson Marie-Andree Charron said.

But policymakers warn reshoring is a “two-way-street” that risks hurting business if American producers eschew Canadians for U.S. suppliers.

Another challenge is a lack of expertise that would prevent Canada from quickly developing industries like semi-conductor chips, despite a global shortage.

“The auto industry is being held hostage by Taiwan and Korea,” Jerry Dias, the president of the country’s largest private sector union, Unifor.

Companies, however, like Luv2Pak see the benefits of local sourcing, given the uncertainty of imports.

“It would just be so nice to settle into some good supply lines that don’t have to come over an ocean,” Hertzman said.