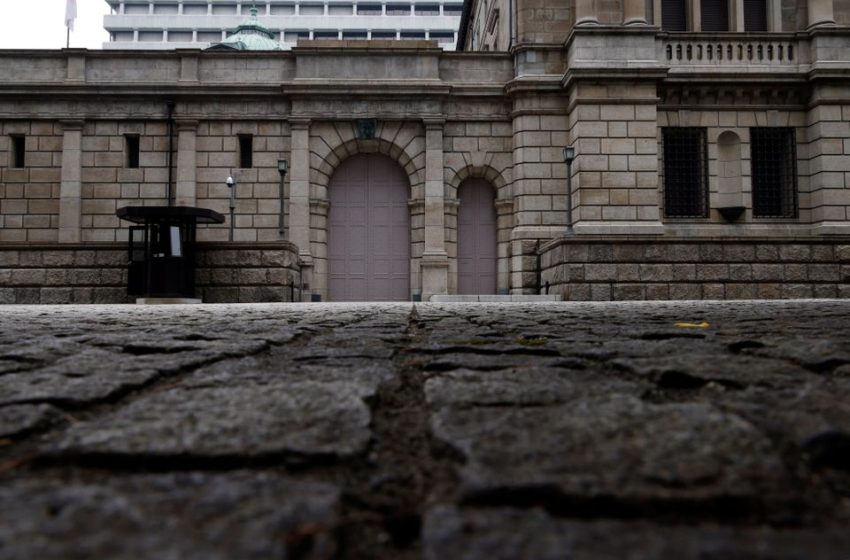 SINGAPORE/NEW YORK, July 15 (Reuters) – Investors betting that Japan will have to quit its ultra-loose monetary policy are running into riskier and pricier territory as the showdown shifts to the Bank of Japan’s home turf in the bond market.

Japan is now alone among major economies in its stance of enforcing near zero interest rates, and hedge funds and momentum-chasers have made hay as the growing divergence with its rate-hiking peers has pounded the yen .

As the currency hits depths not seen since the late 1990s, wagers on further declines are being pared back, and funds have stepped directly into the path of the BOJ – to short the government bonds that it has promised to support without limit.

The allure is a windfall profit, if the BOJ abandons its yield-curve control (YCC) policy and 10-year Japanese government bond yields shoot from their de-facto cap of 0.25% to Goldman Sachs’ estimate of fair value at around 0.60% or further.

Yet the price could be uncomfortably high while the BOJ remains steadfast. Its vast bond buying has bent a previously quiet market out of shape and sent the cost soaring for those staying in a trade nicknamed the “widowmaker” for its notorious unprofitability.

The BOJ spent more on bonds in June than ever before, its control of the market has had dealers’ borrowing charges for the most popular cash bonds spiking as high as 3% a week and futures have turned diabolically volatile.

“But the problem is there is a lot of leveraged positions, and this level of volatility is going to cause a lot of VaR shocks,” he said, referring to how the value-at-risk, or the size of potential loss on the trade, can skyrocket.

The Bank of Japan has given no hint of a policy shift, with Governor Haruhiko Kuroda even suggesting this week it would take extra monetary easing steps if needed. read more

Its policy meeting next week is expected to deliver no surprises, with the bank reiterating its pledge to keep policy ultra-loose. Japanese inflation is still relatively low compared with other countries and the tepid economy has still not recovered to pre-pandemic levels. read more

Koutny’s fund is sticking to a strategy of using interest rate swaps to bet that Japan’s artificially flat yield curve will eventually steepen, which he says might pay less than shorting bonds but can be maintained with far less volatility.

There are signs, though, that at least some investors have been spooked by wild swings in the bond market recently, or by the vastness of BOJ buying, and have started to drift away.

The 10-year cash yield has dropped slightly below the Bank of Japan’s target in recent days. Turnover in the futures market , which has been popular with short sellers, has also fallen away sharply since the middle of June.

“I think a lot of tourists would have gone out of it for the time being,” said Jimmy Lim, CEO and chief investment officer at $950 million macro fund Modular Asset Management, who has pared back a short position in JGBs since June.

“Value wise, you’re not going to have a lot of upside unless you completely abandon YCC,” he said, since if policymakers were only to make some tweaks, the response would be less dramatic.

“While waiting for that to happen you’re losing carry. Potentially if it happens some time next year…then you could lose 40% on carry and that reduces your gain.”

The price squeeze on short sellers is only one of several pressure points testing resolve on both sides of the trade.

Investors see inflation, which after years has finally hit the BOJ’s 2% target, and a sliding yen as harbingers of how unsustainable the policy stance is becoming. read more

But they are also nervous about the fortitude of the BOJ’s defence of a policy experiment it has pioneered.

Last month, the BOJ bought a record 16.1 trillion yen ($116 billion) in JGBs, according to a Deutsche Bank calculation based on BOJ data – more than the monthly pace of the Federal Reserve’s purchasing through most of 2020 and 2021.

That has pushed its ownership of the bond market past 50%, which is draining liquidity, while some purchases have also led to unexpected stresses in the futures market. read more

“Bond scarcity can worsen, as it has, and certain issues can become very special, with borrowing costs escalating,” said one portfolio manager at a global asset management firm, who spoke on condition of anonymity.

To be sure, the elevated JGB borrowing charges also suggest plenty of short interest remains.

BlueBay Asset Management said via a spokeswoman that it has not recently changed its wager on the BOJ capitulating and holds “a short position with respect to Japanese yields.”

But with price levels where they are, it might be becoming less of an all-in bet.

“From a hedge-fund perspective, they still want to have something in their portfolios that will perform if the Bank of Japan adjusts yield-curve control at some point,” said David Beale, who deals with macro funds at Deutsche Bank in Singapore.

“They will do it when the market least expects it.”