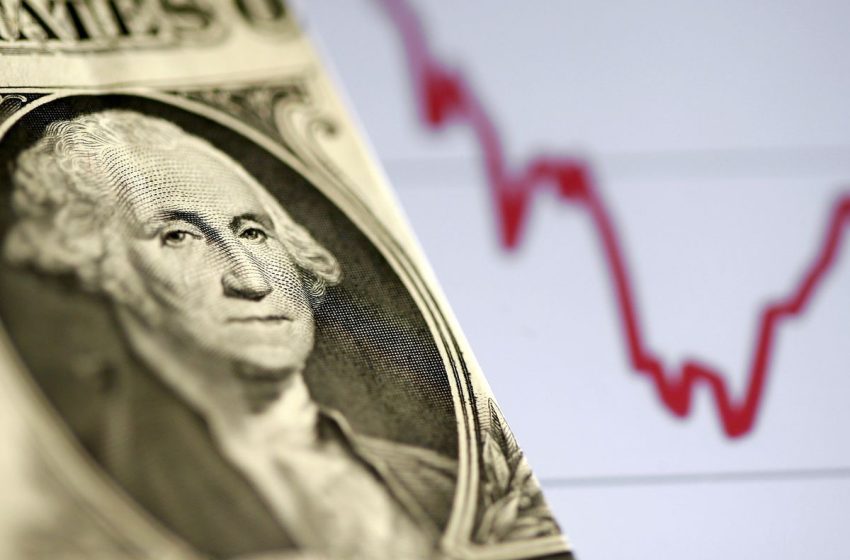 A U.S. dollar note is seen in front of a stock graph in this November 7, 2016 picture illustration. REUTERS/Dado Ruvic/Illustration/File Photo

Analysis: Investors bank on real yields to boost dollar in months ahead

NEW YORK, Feb 3 (Reuters) – The dollar’s choppy start to the year has not dissuaded some investors from betting the U.S. currency will soon resume its march higher, lifted by a hawkish Federal Reserve and rising real yields.

The U.S. dollar index is flat on the year, masking a volatile ride in which the greenback swung between gains and losses in January as investors recalibrated how aggressively the Fed will tighten monetary policy in coming months. Against a basket of currencies, the dollar is up about 5% over the past year.\

Investors say where the dollar goes from here will be determined in part by real yields, or what a holder of U.S. government bonds expects to receive adjusted for inflation – which have eased in recent days after surging last month.

Rising real yields tend to boost the dollar’s allure to investors and have been a source of support for the greenback in the past. Though they have come off recent highs in the last few days, some are betting real yields will continue rising in the months ahead if the Fed maintains its hawkish stance, dragging the dollar higher.

“Since the pandemic, real rates have been driving the dollar … that’s evident today as well,” said John Velis, FX and macro strategist at BNY Mellon.

The yield on the 10-year Treasury Inflation-Protected Securities (TIPS) recently stood at -0.66%, after touching a 19-month high of -0.539% on Jan. 26. Fed Funds futures currently price a total increase of 118 basis points by year-end.

A rising dollar has far-reaching implications for everything from corporate earnings to the fight against inflation. A stronger dollar allows American consumers to buy goods, services and resources from other countries at lower prices, but it can eat in to profits of American companies that export or rely on global markets for the bulk of their sales.

Most currencies will struggle to gain against the dollar in coming months, as monetary tightening expected from the Fed will provide the greenback enough impetus to extend its dominance well into 2022, strategists polled by Reuters said.

Thanos Bardas, senior portfolio manager at Neuberger Berman, expects the yield on 10-year TIPS to reach 0% over time, from an average of -1% over the last 18 months of so.

“The dollar typically rallies versus other currencies during this adjustment,” Bardas said.

Bardas, like other investors, is also watching the difference between the yields in the United States and those in other major economies to get a clue on the dollar’s direction.

On Wednesday, the gap in the U.S. and German 10-year government bond real yields stood at about 115 basis points in the dollar’s favor, close to the widest it has been since March 2020.

That yield advantage may shrink if the European Central Bank and Bank of Japan start accelerating their own efforts to tame inflation.

Euro zone inflation is set to burn hotter throughout 2022 than expected a month ago, according to economists polled by Reuters in mid-January, which could pressure the European Central Bank to tighten policy once the Omicron wave of the pandemic passes. read more

Analysts at Morgan Stanley, meanwhile, believe the dollar will rise against the Japanese yen, helped by expectations that the Bank of Japan will be dovish compared with other central banks.

The greenback will likely struggle to make headway against other major currencies, however, as accelerating global growth forces other central banks to tighten monetary policy along with the Fed, they wrote in a report last week.

“Global growth outside of the U.S. could help those local currencies if you do continue to see reopening plans taking hold,” said Chuck Tomes, portfolio manager at Manulife Investment Management in Boston.

Still, Tomes, who has been guarding portfolios against a rise in the dollar since the second half of 2021, is not taking those hedges off just yet.

“U.S. real rates are still not massively attractive but they have been increasing and the expectation is that they will continue to get more attractive,” he said.