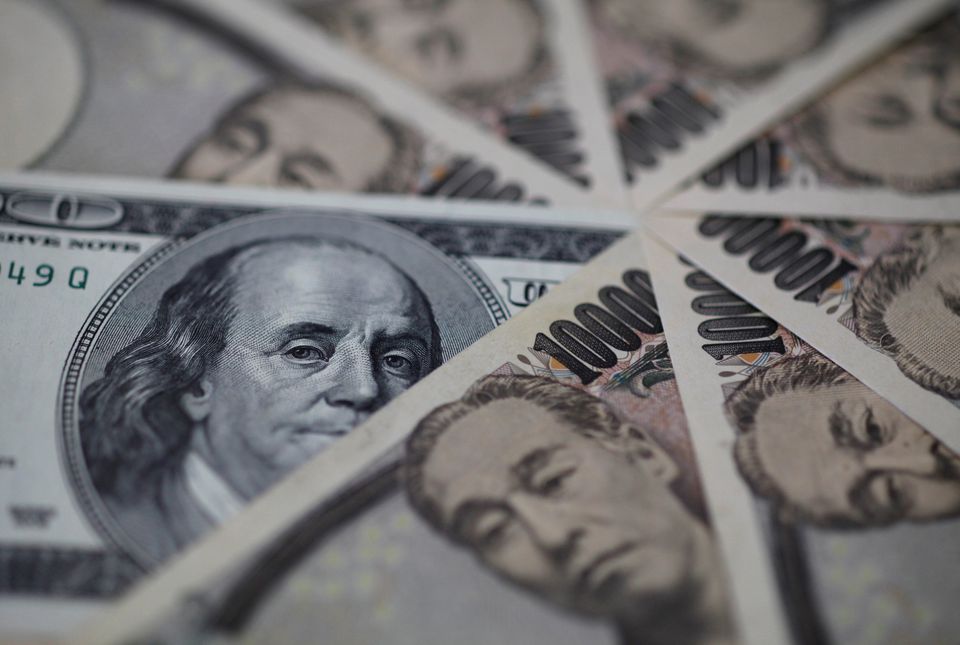 Analysis: In Japan, a weaker yen may not be the blessing it once was

TOKYO, Nov 26 (Reuters) – A weak yen, once seen as favourable for Japan’s exports-focused economy, has now become a pain point as it eats into household finances and confounds policymakers.

A gradual shift by Japan’s manufacturers to offshore production means a weak yen has become less of a boon for local exporters than it was about a decade ago.

That shift means some at Japan’s finance ministry, which is in charge of currency policy and known to step in to counter sharp yen rises, are now paying more attention to the downsides of a weaker currency, namely the effects of higher import costs.

Putting those concerns into focus this week, the dollar hit 115.525 yen , a level not seen since January 2017, as expectations for higher U.S. interest rates propped up the greenback and Japan’s economic outlook darkened.

“A weak yen pushes up import prices, weighing on profits at companies dependent on raw materials imports and household purchasing power,” Citi economist Kiichi Murashima noted. “The negative impacts of a weak yen may be larger than before given the penetration ratio of imports is on the rise.”

Reversing the strong yen trend through massive monetary easing was one of the key goals of former Prime Minister Shinzo Abe’s “Abenomics” stimulus policies over his eight years in office to 2020. Prime Minister Fumio Kishida is expected to follow this strategy.

Over that period, the yen lost 50% against the dollar . However, export volumes remained mostly unchanged, suggesting a weaker currency, while still beneficial for Japanese companies abroad, has not necessarily made the country’s goods more attractive to foreign buyers.

A quarter of Japanese manufacturers used offshore production in 2020, compared with 18% in 2010, according to a survey by the Ministry of Economy, Trade and Industry.

The 2011 earthquake and tsunami accelerated that trend, swinging the trade balance into deficit as exports slowed and imports of fuel surged.

Exports now make up roughly 15% of Japan’s economy as of 2020, the second smallest contribution among OECD nations after the United States and down from 17.5% in 2007.

In contrast, the consumer sector’s share of GDP has held steady at 53%, making the economy more vulnerable to the surge in imported goods prices caused by a weaker yen.

Up until 2011, Japan would intervene heavily to stop a strong yen from crimping the competitiveness of exports, but it has also on rare occasions stepped it stop the currency falling.

The last time Japan intervened to stop yen declines was 1998 during the Asian Financial Crisis when the dollar broke above 146 yen.

Analysts think such a move is highly unlikely this time, but some analysts see 125 yen as a potential line in the sand.

A Reuters’ survey of companies earlier this month showed about third of respondents expected profits to decrease if yen weakness persists. read more

LESS BANG FOR YOUR YEN

Importantly for policymakers, a battered currency has sapped Japanese households’ purchasing power, giving them less for what they pay.

The yen’s dwindling value has pushed up prices of brand-name imports ranging from luxury cars to expensive watches to smartphones as well as foodstuff such as U.S. beef imports.

For example, the price of a new-model iPhone has tripled to 190,000 yen over the past decade, equivalent to 60% of the average monthly salary in Japan. Over that period, however, salaries have remained broadly unchanged.

While Bank of Japan Governor Haruhiko Kuroda maintains the merits of yen declines still outweigh the downsides, such a view is not evenly shared.

“The current yen weakness is rather negative, undermining Japanese purchasing power in the long run,” said a government source with knowledge of the matter, stressing the need to fix public debt and raise productivity to make Japan more competitive.

Some central bankers have also acknowledged the challenge.

“For major companies with operations overseas, a weak yen gives a significant boost to their profits,” BOJ board member Junko Nakagawa told Bloomberg in an interview published on Friday. “On the other hand, a weak yen strains firms with domestic operations by pushing up import costs.”