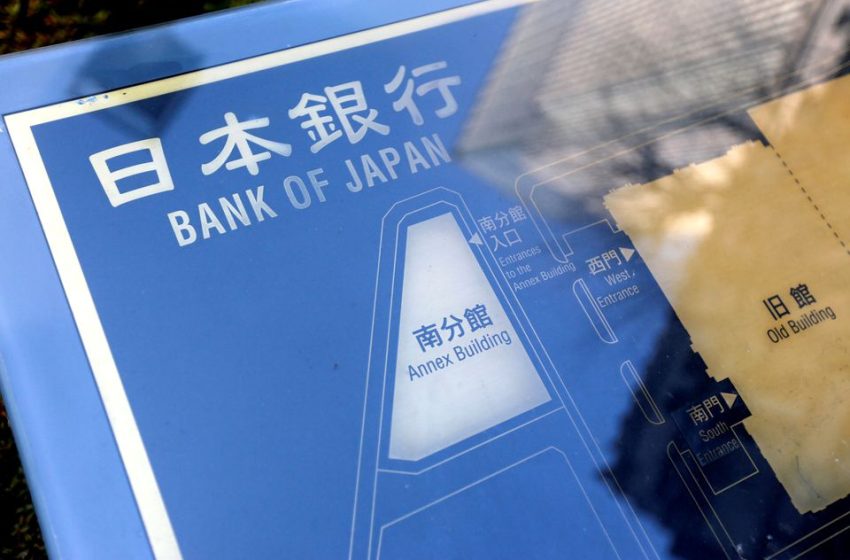 A sign board of Bank of Japan is displayed at the headquarters in Tokyo, Japan January 23, 2019. REUTERS/Issei Kato/Files

TOKYO, May 12 (Reuters) – The Bank of Japan is dropping hints the recent rise in inflation may prove longer-lasting and driven by solid demand, a sign global price pressures are prodding even the world’s most dovish central bank to think about a more neutral policy stance.

While the BOJ will remain well behind in the global race to hike interest rates, the change in tone may give the bank room to fine-tune its massive stimulus next year and beyond – if the economy strengthens more and inflation becomes entrenched, say three sources familiar with its thinking.

“From next fiscal year, Japan may move closer to the kind of inflation landscape the central bank considers desirable,” one of the sources said, adding that theoretically, the BOJ can tweak its yield targets before inflation stably exceeds 2%.

“Japan’s underlying price trend is pretty firm, though the key would be whether wages and service prices would rise more,” another source said, a view echoed by a third source.

Russia’s invasion of Ukraine has driven up commodity prices and more lockdowns in China to tamp down COVID cases have exacerbated supply chain problems, prodding a flurry of major central banks to hike interest rates to tame inflation.

In justifying the dovish streak, Kuroda pointed to the bank’s latest forecast that core consumer inflation – which includes the impact of energy costs – will slow to 1.1% in fiscal 2023 and 2024, after hitting 1.9% this year.

But a closer look at the BOJ’s outlook report, released last month, highlights its growing conviction Japan may see a steady rise in inflation, even after the cost-push effects taper off.

As robust demand replaces cost pressures as a key driver of price rises, wage inflation will intensify and help households become more accepting of price hikes than they have historically been, the report said.

“Inflation expectations, particularly short-term ones, have risen,” the BOJ said, revising up its view from January.

Medium- and long-term inflation expectations are likely to heighten further and “bring about a wider range of price rises, including for services,” it said.

The BOJ has said any rise in inflation must be accompanied by strong wage growth and a rise in long-term inflation expectations, to consider tweaking policy.

Minutes of the BOJ’s policy meetings showed an increased awareness among policymakers of rising inflationary pressure.

“Japan’s consumer prices rose the fastest among major advanced economies during the global inflationary cycle in the 1970s, which meant there was always a chance inflation could spiral higher once price hikes broaden,” one member was quoted as saying at a policy meeting in March. read more

With Japan’s economy still below pre-pandemic levels, the BOJ sees no imminent need to make even a minor adjustment to its yield curve control (YCC) policy, the sources say.

But the BOJ’s increased focus on inflation risks will likely keep alive market speculation of a tweak to YCC ahead of next year’s leadership transition, which will see the departure of dovish governor Kuroda, analysts say.

“Japan will see inflation stay elevated around 2% for some time. That would raise questions as to whether it’s really feasible for the BOJ to stand pat,” said Mari Iwashita, chief market economist at Daiwa Securities.

“The outlook report’s bullish price view may be the BOJ’s attempt to lay the groundwork for a future policy tweak,” said Iwashita, a veteran BOJ watcher.