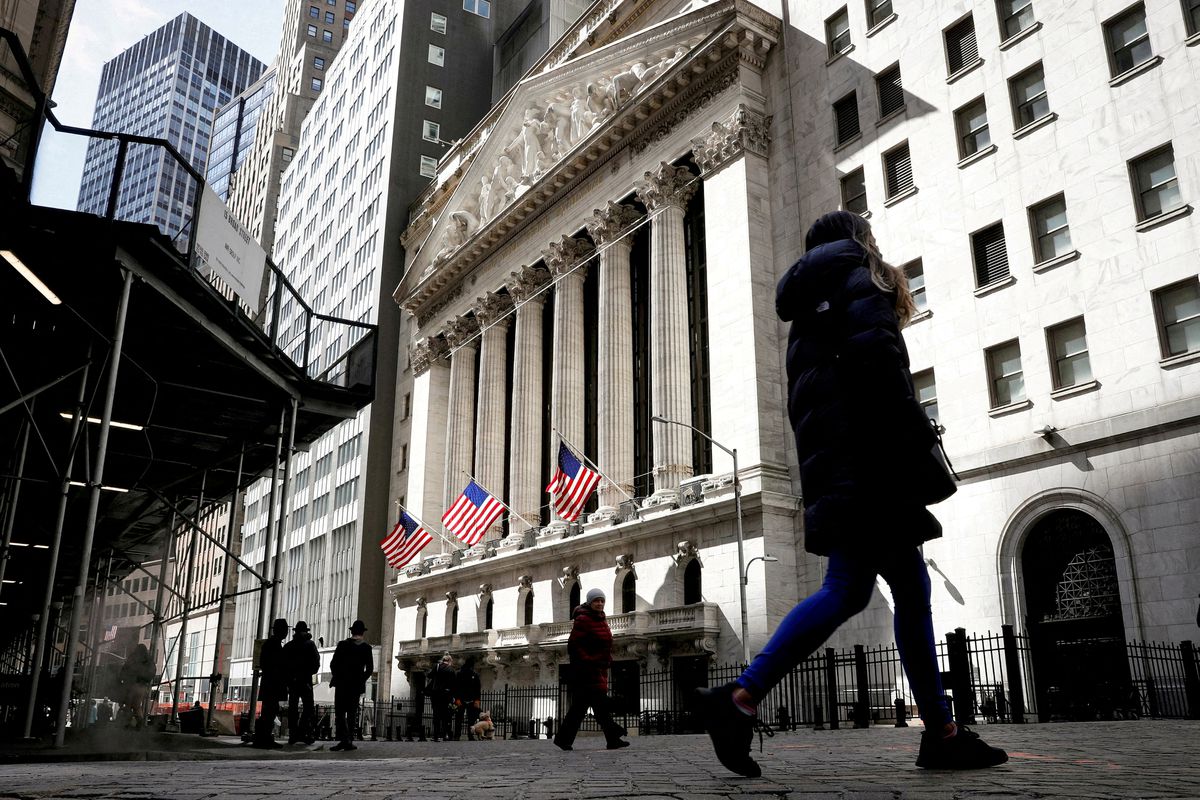 Analysis: After another stunning U.S. stock market year, investors wonder how much gas is left

NEW YORK, Dec 23 (Reuters) – The U.S. stock market is set to deliver a three-peat of stellar annual returns, but chances of a similar performance in 2022 may be threatened by a more hawkish Federal Reserve, slowing earnings growth and a relentless pandemic.

With a little over a week left in the year, the S&P 500 (.SPX) is on track for an 87% gain since the end of 2018, its best three-year performance in more than two decades. The benchmark index is up 25% so far in 2021 after double-digit returns in the prior two years.

If history is any guide, next year’s gains may be less impressive, though not necessarily poor.

The S&P 500 has notched three straight years of double-digit returns nine times since 1928, according to Jessica Rabe, co-founder of DataTrek Research.

Gains in the year following such periods have on average been weaker, with the index averaging 8.4%, compared with its overall average total return of 11.6%, DataTrek found. Stocks rose in five of those nine years and fell in the other four.

“The odds of this kind of positive momentum carrying into the next year is a coin toss,” Rabe said in emailed comments to Reuters. “But the S&P’s performance has historically proved asymmetric as positive returns have been much larger than negative returns in the fourth year.”

The Fed’s three projected interest rate hikes in 2022 – a more aggressive path than markets were expecting weeks ago – will be at the top of investors’ minds, threatening to drive up bond yields and undercut comparatively risky assets such as stocks.

But the economic growth that is prompting the central bank to raise rates may help buoy equities as well.

The S&P 500 has returned an average 7.7% in the first year the Fed raises rates, according to Deutsche Bank’s study of 13 hiking cycles since 1955.

“We still see a decent environment for equity investors in 2022, although we don’t expect the types of gains that we have seen,” said James Ragan, director of wealth management research at D.A. Davidson, who is expecting mid-single-digit growth for the S&P 500 in 2022.

Ragan prefers sectors that will particularly benefit from a solid economy, such as financials, industrials and materials, as well as companies that can pass along price increases during an inflationary environment.

“We think it is still a good overall GDP growth environment, should enable companies to still grow earnings, but we have concern about valuations,” Ragan said.

The S&P 500 trades at about 21 times forward 12-month earnings estimates, compared with its historic average of 15.5 times, according to Refinitiv Datastream.

While strong earnings can still bolster the case for stocks, S&P 500 company profits are expected to grow by 8.3% next year, after a nearly 50% rebound in 2021, according to Refinitiv IBES.

“Earnings growth and revenue growth should be sufficient to drive stock markets higher, but the risk is if they disappoint,” said Michael Arone, chief investment strategist at State Street Global Advisors.

The earnings picture is also clouded by uncertainties over COVID-19, as the Omicron variant takes hold around the world. While investors doubt widespread U.S. government lockdowns related to the virus will return, consumers “may spend more cautiously amid a renewed surge in Covid infections,” according to a recent note by Oxford Economics, which projected consumer spending rising by 4.3% in 2022 following record growth of 8.1% this year.

Another wild card for investors will be the U.S. midterm elections in November, with control of Congress by President Joe Biden’s Democratic Party seen as tenuous.

Whether technology and growth stocks, which have led the U.S. market for much of the past decade, can maintain their strength also remains to be seen. For example, those stocks stand to be particularly sensitive to higher yields because their valuations depend more on future earnings.

“We may start to see an underperformance in tech and an outperformance in sectors that are under-appreciated,” said Andre Bakhos, managing director at New Vines Capital LLC in Bernardsville, New Jersey. “By the nature and design of the S&P, you would probably get a lower market.”